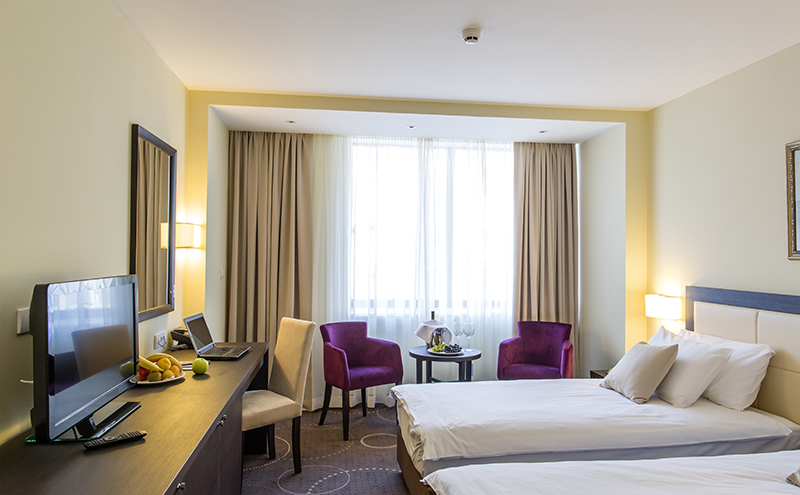 A PROPOSED tourism levy for Aberdeen has been given the support of the city’s hoteliers’ association.
Aberdeen City and Shire Hotels Association (ACSHA) has backed Aberdeen City Council in its bid to gain powers from Holyrood that would enable the introduction of a tourism levy.
Andrew Martin, vice-chair of the ACSHA and director of the Scottish Centre for Tourism at Robert Gordon University in Aberdeen, said the introduction of a tourist tax is a good idea in principle, provided money raised from any such scheme is reinvested in Aberdeenshire’s tourism industry.
“The notion of having a ring-fenced pool dedicated to improving the tourism offer [in Aberdeen] is a compelling one,” said Martin.
“We (ACSHA) like the idea of public and private sector coming together for tourism development.
“We’ve got traditional [tourism] magnets but we want to provide new tourism magnets. With that in mind the principle of pooling resources is sound.”
Martin added that the introduction of an additional levy on visitors could be a “hard sell” for some, but added that the industry has previously worked with the public sector on projects including setting up the destination marketing organisation (DMO) Visit Aberdeenshire as well as the Aberdeen Inspired city centre business improvement district.
“The great thing about this is the public sector and private sector are talking,” he said.
Aberdeen City Council finance convenor Willie Young said the council, along with the local authorities that make up Scotland’s seven city regions, intends to ask the Scottish Government to devolve powers that could lead to a tourism levy.
“If they (Scottish Government) do, we will obviously work with the trade,” said Young.
“If we were to do fixing potholes [with a tourism levy] then that’s just a tax. We can do that [by raising] the council tax if that’s what we wanted.
“It would absolutely be ring-fenced and put into tourism. Then we can make Aberdeen a better place for tourists to come to, obviously that has a spin-off for the trade.”
Young said the biggest hurdle facing the proposal is achieving consent from the Scottish Government, but added that he would expect Holyrood to work with Scotland’s cities “to see how this tourism levy could be progressed”.
Willie Macleod, executive director, Scotland, at the British Hospitality Association, said the organisation remains opposed to any compulsory tourist tax.
“We think it would affect our competitiveness,” said Macleod. “There are other ways of raising funds for increased investment [in the industry] to be explored.
“The vast majority of other countries with a tourism tax don’t have VAT on hotels at 20%.”
A spokesman for the Scottish Government said Holyrood has “recently devolved a wide power for local authorities to reduce business rates bills” but “has no plans to implement any new taxes on the tourism sector which is already subject to the second highest VAT rates in Europe by the UK Government”.