THE Wannaburger restaurant on Edinburgh’s Queensferry Street has been sold in a deal brokered by Cornerstone Business Agents. 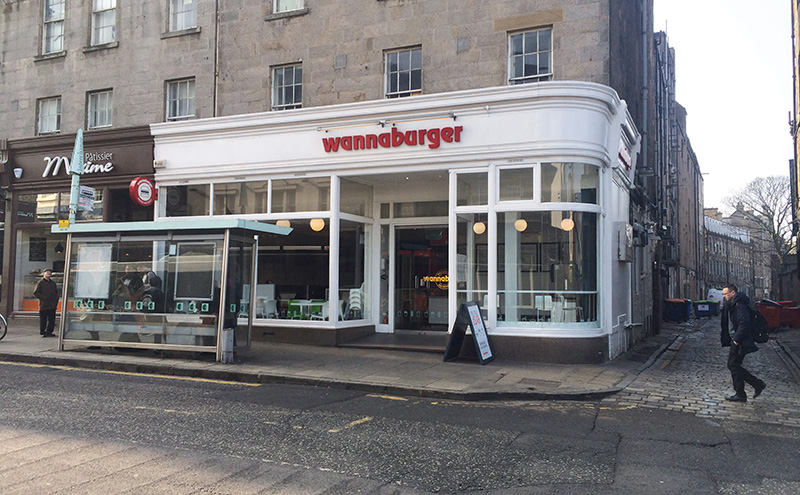 The outlet, in the heart of the city’s west end, is said to have attracted substantial levels of interest, with many buyers reportedly attracted to the sizeable internal square footage of the unit, as well as the “excellent trading location”.
Sandwich shop company Social Bite, which donates profits to good causes, acquired the leasehold for the unit for an undisclosed sum; it had been marketed with a guide price of £75,000.
Barry McNeil of Cornerstone, who handled the sale on behalf of Wannaburger owner Jon Clemence, said: “We were delighted to be instructed by Jon and similarly delighted to have found a buyer for this very valuable restaurant space in the west end of Edinburgh.”