Consumers looking for quality spirits in the on-trade

MUCH in the way that ‘craft’ has transformed the beer scene, a growing desire for premium drinks presents a similar opportunity to increase margins on the spirits side. 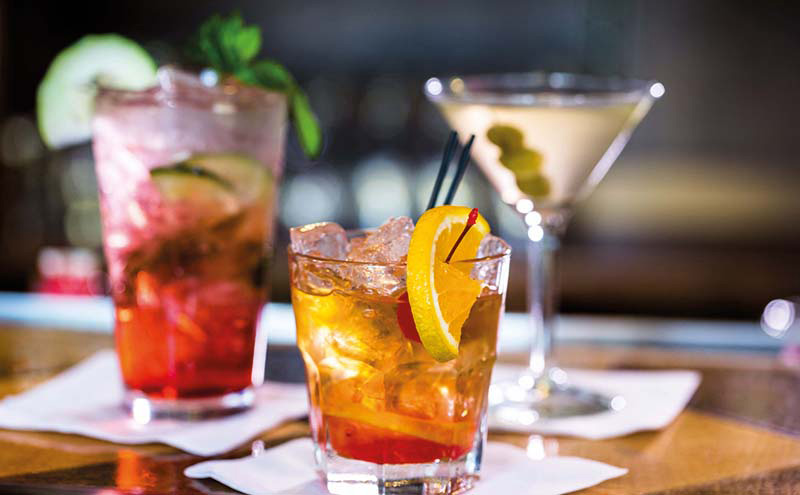 And drinks firms told SLTN there are several things licensees can do to capitalise on this trend.
During the recession, it was said that people went out less often but spent more when they did. And according to Richard Barlow of Diageo GB, this remains the case in 2016.
He said people are looking for experiences in the on-trade “that they can’t replicate at home”, as well as the opportunity to learn more about the spirits on the back-bar.
Michael Cloke of Beluga Vodka took a similar view, saying that “consumers are interested to learn more about what they’re drinking”.
He added that if licensees want to succeed in encouraging more consumers to trade up to more premium serves, staff must have knowledge of the products.
“They (the customers) are happier to trade up to a premium product if there are appropriately-trained bar staff available to educate consumers on the drink in question,” said Cloke.
In order to fully capitalise on the expanding premium spirits category, licensees need to ensure they stock the right products.
Firms said the key on-trade spirits categories at the moment are vodka, liqueurs and specialities, blended whisky and gin.
According to a spokeswoman for Halewood Wines & Spirits, gin is still enjoying “booming sales” – a view echoed by Ian Baines of William Grant & Sons UK.
Baines said gin is currently the premium spirit to capitalise on, but believes other categories, such as rum, are also continuing to grow at a fast rate.
He claimed rum has seen 20% volume growth within the on-trade, attributing this to increased demand for spiced rum, in particular.
And vodka’s role as a popular base for cocktails continues to ensure its position as an on-trade mainstay, according to Steve Howard, commercial director of Stock Spirits, parent company of Keglevich.
“Vodka is the most popular base for cocktails, so brands that again have both a high quality of liquid and a USP can make a difference to a bar owner’s offering, and contribute to higher margins,” said Howard.
Presentation is also important when it comes to premium spirits.
A spokesperson for the Bureau National Interprofessionel du Cognac (BNIC) said: “We judge first with our eyes and operators should bear this in mind when serving premium spirits.”
When it comes to boosting sales, Baines, at William Grant & Sons, said ensuring serves are ‘Instagrammable’ is key to success, as consumers want to share their drink serves on social media.
And firms stressed that it’s not only the top-end outlets that should consider a more premium offer.
Janice McIntosh, marketing controller for imported whiskeys at Maxxium UK, said customers “across the board” are looking to trade up.