A CONCERTED effort to market Aberdeenshire to tourists is starting to pay off for the area’s hotels, a trade group has claimed. 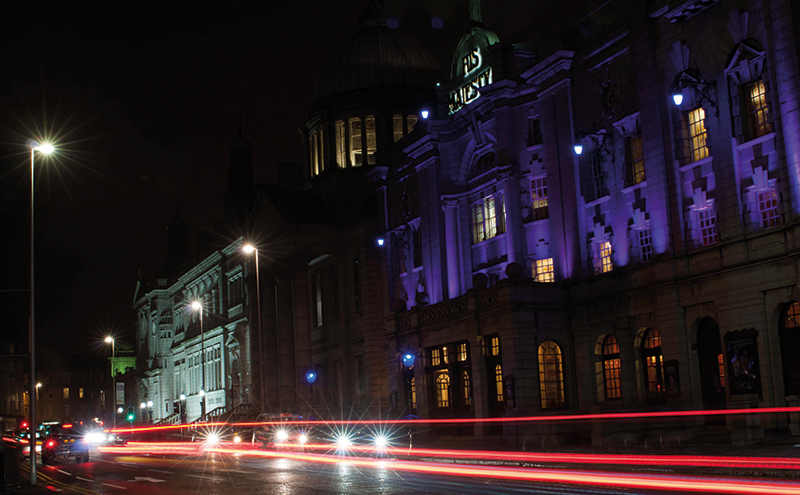 The news comes after months of tough trading for hotels in the north east due to the drop in the oil price.
In the most recent hotel occupancy figures from business consultancy BDO (for April), Aberdeen’s hotels saw revenues fall 38.4% when compared with April 2015, with occupancy down 4.2% on the previous year.
Speaking to SLTN last week, Andrew Martin, co vice-chair of the Aberdeen City & Shire Hotels Association, acknowledged that trading has been “difficult”.  But he insisted that efforts by tourism organisation Visit Aberdeenshire, as well as investment from the private sector, has helped to increase the number of leisure visits to the area.
“Aberdeen has, historically, been one of the cheapest cities in Scotland for a weekend break,” said Martin.
“That was simply because the demand at weekends for business tourism wasn’t there. But when you’ve been banging that drum for a number of years people click onto it.
“We’ve got the castle trail, the whisky trail, food tourism, the retail offer has markedly improved in Aberdeen.
“All these factors come together to make a very compelling offer, when you can get cheap rates at what are good quality hotels.
“It’s good value for money and there’s stuff to do. That’s getting some traction now, and we have to give credit to Visit Aberdeenshire.”
Martin said the city’s conference and exhibition venues have also been working with hotels to attract events from outside the area’s traditional oil and gas customers – though he admitted the revenues were often lower than those provided by the North Sea industries.
“We’ve got a reputation from hosting things like Offshore Europe,” said Martin. “That gives you credibility, and there’s a belief in Aberdeen as a conference venue.”
The association was recently revamped, with a new chair and vice-chairs appointed. Gary Atkinson, of the Carmelite Hotel, took on the role of chair and Martin, of Robert Gordon University, and Bill Burnett, of EDC Hotels, became co vice-chairs.