Work is underway on a multi-million pound project to build a new distillery next to the ruins of a 12th century abbey in Fife.
The brainchild of husband and wife team Drew and Helen McKenzie-Smith, Lindores Abbey Distillery is being built in the original abbey steading, which will be extended as part of the 12-month build at the Newburgh site. 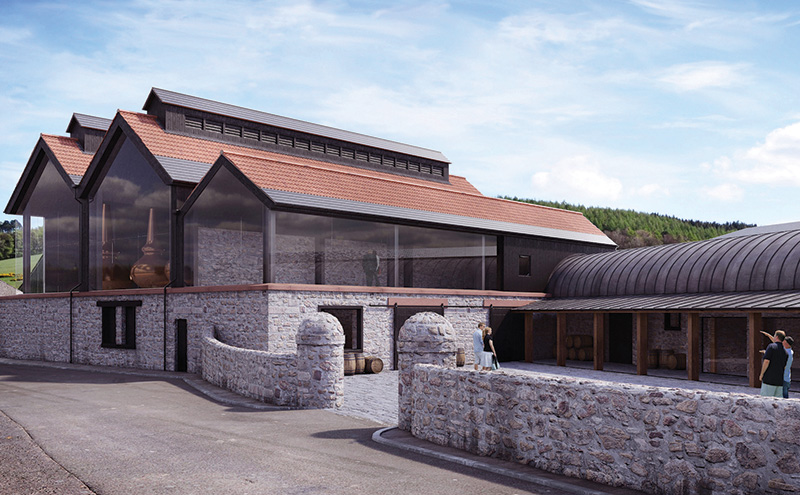 The couple also plans to create a visitor centre at the distillery, which is expected to open next spring; the first whisky is expected to be bottled in 2022/2023.
Lindores Abbey has been in the family of Drew McKenzie-Smith for over 100 years after his grandfather purchased the land in the early 1900s. The abbey, which was founded by Tironesian Monks from France in the 12th century, is said to be considered the ‘spiritual home’ of Scotch whisky after Friar John Cor paid duty on malt in 1494 in order to make ‘aqua vitae’ for the king; it was recorded in the Exchequer roll and is said to be the earliest written evidence of whisky distillation in Scotland.
Drew McKenzie-Smith said the new distillery will incorporate “ancient distilling techniques and ingredients” in a nod to its past.
“We will be using specific yeasts which may include a species we believe was used by Friar John Cor,” he said.
“These will be joined by more modern, powerful flavour-producing varieties.
“Lindores Abbey Distillery will have three copper stills, one wash and two spirit stills where the copper will contribute to a smooth and mellow taste.”
“To us, the history of Lindores Abbey is just as important as the plans we have to create a distillery.
“If it wasn’t for the expertise of the Tironesian monks who came to Scotland in those dark and frightening medieval times we may not have the advanced industry we do today.
“Building a distillery on this site will bring the spiritual home of Scotch whisky back to life and we will initially produce and market an aqua vitae spirit.
“We believe a whisky distillery and visitor centre will help drive tourists to this part of Fife and, in turn, have a positive impact on the local economy.
“We hope to draw upon our expertise gained from many years spent working in the luxury hospitality industry and in fact we are already hosting dinners and events within the abbey grounds and Lindores Abbey House for visitors from all over the world who are keen to share in this special story at the early stages.”