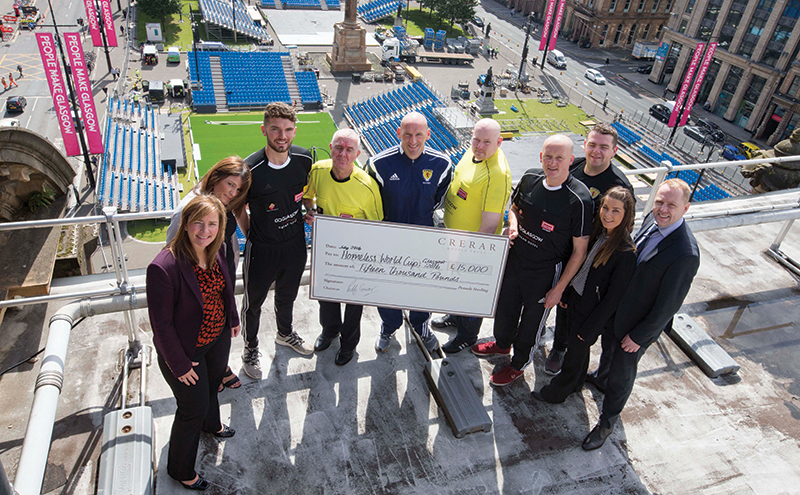 CRERAR Hotels played a role at this month’s Homeless World Cup in Glasgow with a £15,000 sponsorship package.
The week-long tournament saw 64 football teams from across the world compete against each other in an effort to raise awareness of global homelessness.
The Crerar sponsorship paid for a team of referees for the tournament. Each year the company, which owns the GoGlasgow Urban Hotel in the city, donates half of its profits to charity through the Crerar Hotels Trust.
Chief executive Paddy Crerar said supporting the Homeless World Cup was “a no brainer” for the company.
“The evident passion and commitment shown in previous tournaments was infectious,” said Crerar.