AG Barr is introducing a new permanent addition to the Irn-Bru range. 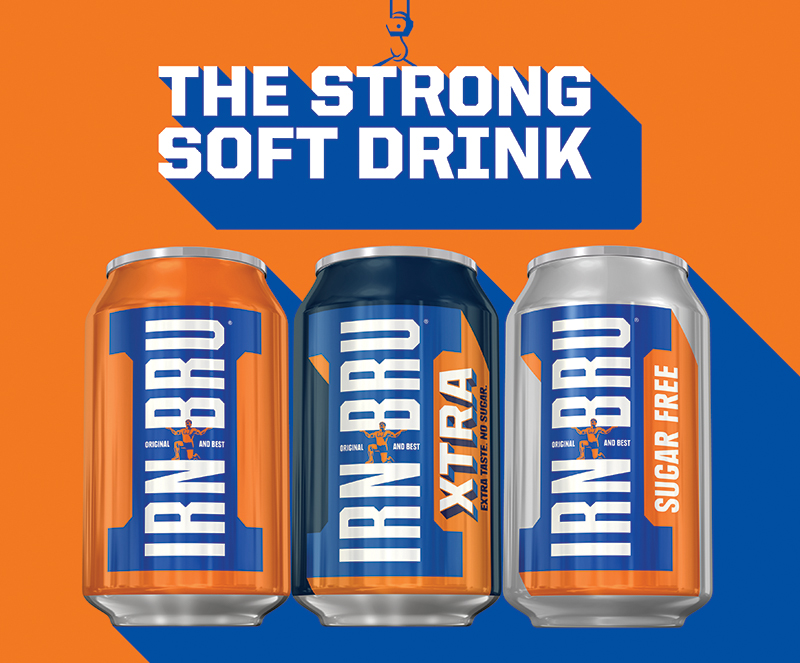 Irn-Bru Xtra is a sugar-free version of Irn-Bru that is designed to taste close to the regular, full-sugar drink.

AG Barr commercial director Jonathan Kemp said Irn-Bru Xtra contains more of the “essence” ingredient – the secret recipe that has been closely guarded by the Barr family since the launch of Irn-Bru in 1901, than either of the other two variants in order to give it a “much fuller flavour” than Irn-Bru Sugar Free.

“Particularly in the licensed trade, the number of consumers coming through that want lower-sugar options is increasing,” said Kemp.

“It’s only going to increase. I appreciate that asking people to stock three variants is a lot for some licensees but, actually, if you want to meet your consumer demand that’s what you should be doing going forward.”

Kemp added that the new product is “not in response” to the sugar tax announced earlier this year by former chancellor George Osborne.

“We’ve been working on this since long before George Osborne stood up and made that announcement, which to be honest was a real shock to the industry,” said Kemp.

Irn-Bru Xtra will launch in August in 330ml cans, 500ml plastic bottles and two-litre plastic bottles. The launch will be supported by a £2 million marketing campaign that will include dedicated point of sale material for the on-trade.