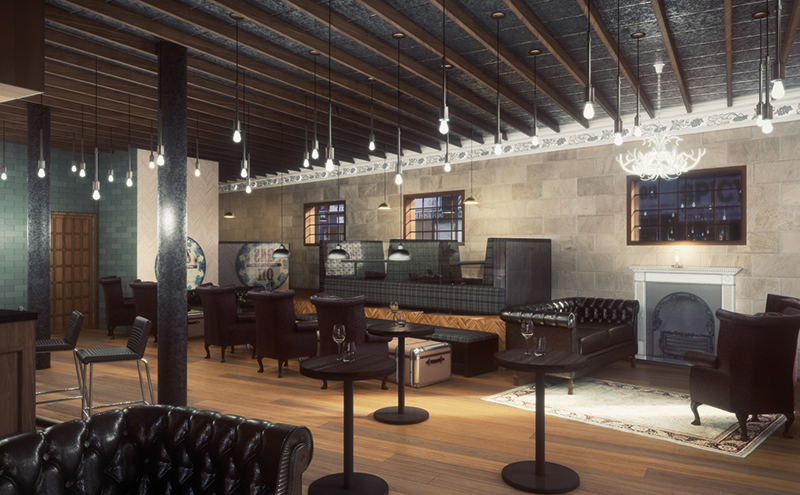 The new venue opened on Saturday June 25 in the former Sammy Dows pub, on Glasgow’s south side, following what the group described as a “lengthy process” to gain full planning permission for the site, which Kained took over in May 2015.

Joining sister outlets Lebowskis West and Lebowskis Edinburgh, which launched in 2007 and 2009 respectively, Lebowskis South was designed by Kained Holdings MD Graham Suttle and Paul Martin of PMD and is said to represent a “fresher, more grown up and contemporary evolution of the Lebowskis brand”.

The food and drink offer at Lebowskis South majors in the “unique burgers and White Russians that Lebowskis is most famed for” as well as a new list of ‘premium’ White Russians and a menu of new “showcase burgers”, which is “bigger, more elaborate and completely over the top”.

“We are very proud to be part of this already vibrant community and excited at the prospect of relaunching the brand here – in pretty spectacular fashion,” said Suttle.