The Scottish Government should hold fire on further licensing legislation until it has tied together the current raft of regulations. 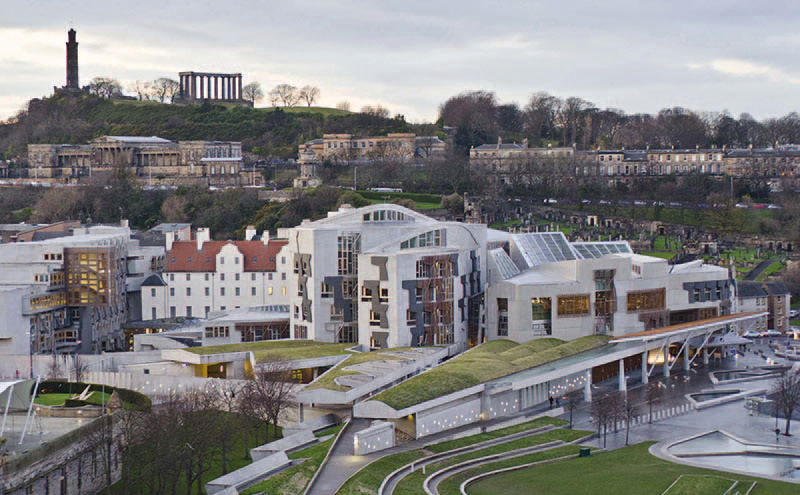 Licensing lawyers have argued for some time that there is a need for a consolidating Act to bring together the various pieces of licensing law.
But with the new Scottish Government now in place, lawyers have called for a moratorium on further laws until the current framework has been tidied up.

“The new Scottish Government must listen to practitioners, licence holders and the whole industry when we ask for codification of this myriad of licensing legislation”

said Caroline Loudon, partner and head of licensing at Lindsays. Loudon was backed by Andrew Hunter, partner at Harper Macleod.
“Ideally a consolidating licensing act should be prepared to incorporate all of the recent changes in a single document,” said Hunter.
“Given that in 2016 the government completed consolidation of the Bankruptcy Act of 1985, I do not hold out much hope.”
A single document consolidating all of the recent licensing law would be of more benefit to licensees than lawyers, according to Archie Maciver of Brunton Miller.
Maciver said that the Scottish trade is now “drowning in a sea of litigation”.
“If it were not for the fact that many of us in private practice subscribe to an expensive computerised update programme we would be floundering,” he said.
“How ordinary operators can keep abreast of all the changes and ensure their businesses are run in a compliant fashion defeats me.
“This is something which has to be given priority.”
This was echoed by Tom Johnston of Ormidale Licensing Services, who said the steady flow of new legislation in recent years has had a very real impact on costs for licensees.
Calling on Holyrood to “leave [licensing law] well alone”, Johnston said: “Politicians regularly say at election time that they will reduce the burden of red tape on small businesses; however, they have done quite the opposite in the case of the licensed trade.
“It’s not just keeping up with the legislation that is the problem.
“Every time the law changes training materials must be changed and repurchased and staff have to be retrained.”
Regardless, others feel that more licensing legislation is inevitable.
Niall Hassard, licensing legal director of TLT LLP, pointed out that the Scottish Government has pledged to review its current Alcohol Framework, “which will almost certainly lead to new policy being created on alcohol licensing”.
“I would suspect that one focus of any new policy will be on restricting alcohol advertising,” said Hassard.
And there is also legislation that has been passed as part of the Air Weapons and Licensing (Scotland) Act, but not yet ‘gone live’, which licensees will have to deal with.
“What this means is that they have been approved by parliament and given the royal assent but they have not yet had the necessary commencement orders promulgated which would actually turn them into an ‘active’ piece of law,” explained Maciver.
“Among these are matters such as the reintroduction of the fit and proper test and changes to the transfer system.”
The fit and proper test, in particular, has raised concerns.
The provision will require licensing boards to consider whether applicants are ‘fit’ to hold a licence.
Audrey Junner, partner at Hill Brown Licensing, said licensing lawyers “are hearing alarm bells”.
“The government has already indicated that boards will be able to take into account ‘a wider range of information including police intelligence and any associations with those deemed to be unsuitable’,” said Junner. “This is real human rights territory, so challenges are to be expected if licence decisions are made on the basis of unsubstantiated allegations.”
The fact that Police Scotland will be able to object to individuals being granted licences without revealing the source of their intelligence is the main concern for lawyers.
“Many practitioners are concerned that this will be a green light for the police to use un-evidenced or unreliable ‘intelligence’ to prevent an application,” said Frances Ennis, senior associate at Pinsent Masons.
“Having said that, at the recent SLLP conference, there was a public acknowledgement from the police that mistakes had been made in the past, and that they are committed to
working with the licensed trade.
“All this remains to be seen and will surely be subject to regional variations (which is of course difficult to explain to clients who have brands in more than one area of Scotland).”
Hunter, at Harper Macleod, said communication with the trade – on the ‘fit and proper’ test as well as any other relevant laws – is vital.
“There should be a strong focus on ‘messaging’ to educate those in the trade as to the changes that have come into force to best ensure compliance,” he said.
“It is not reasonable to expect small traders to have Westlaw subscriptions to be able to view the relevant law all in one place.”
The sentiment was echoed by Hassard, at TLT, who said many operators have already been tripped up by the level of bureaucracy involved in running a licensed premises.
“Whilst standards in the industry in Scotland are high, the devil for many licensees is in the detail,” he said.
“The minutiae around displaying notices, tight time periods for notifications and the general paperwork burden is what I see on a regular basis.”