The firm behind Red Square vodka is looking to broaden its reach through the launch of a  new pre-mix range.
Halewood Wines & Spirits has introduced two new variants following what the firm described as a successful roll out of its Sloe & Lemonade and Toffee & Apple vodkas last year. 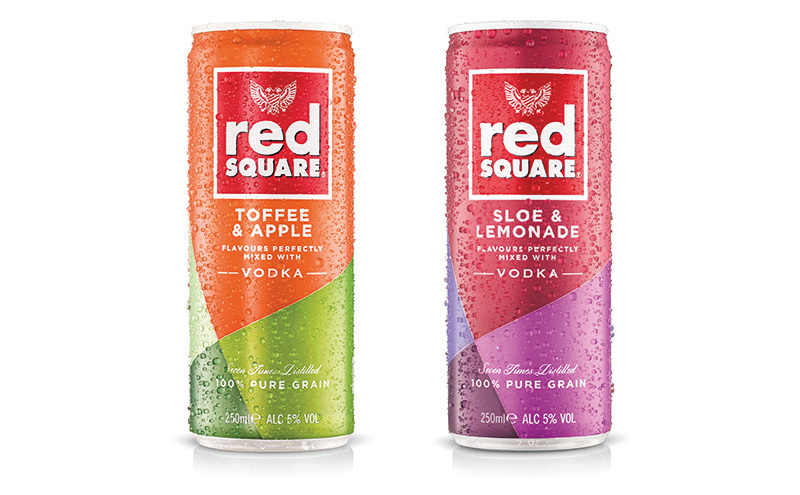 The two new pre-mix drinks each have an ABV of 5% and are available to the on and off-trades in a 250ml, single-serve can.
Halewood Wines & Spirits reckons the launch of Red Square pre-mix cans will expose the vodka brand to new audiences this summer through a variety of occasions including outdoor events.
A spokeswoman for Halewood Wines & Spirits said: “The Red Square cans will capitalise on increasing consumer popularity for both pre-mix cocktails and our new Red Square flavoured vodkas. There continues to be a high level of consumer interest in pre-mix cans, with an average growth of 17.7% across all brands with a 250ml serving, which Red Square will now be able to tap into.”