A team of cyclists from across the Scottish trade is on track to raise more than £3500 for licensed trade charity The Ben. 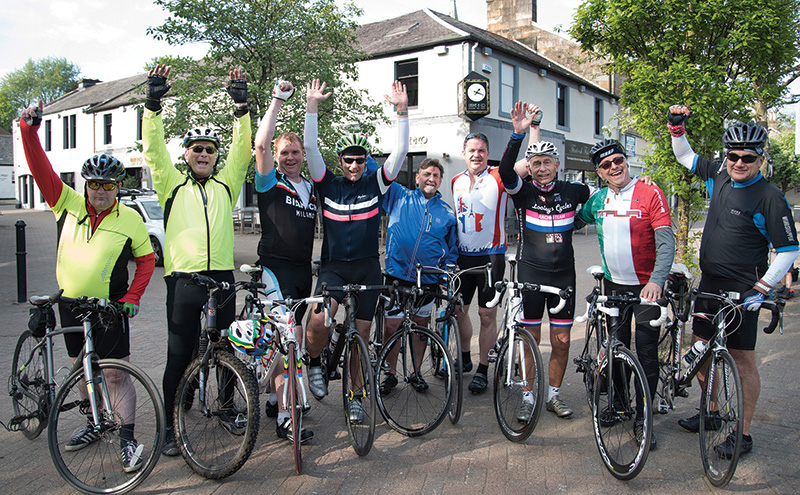 Led by drinks industry stalwart Bob Taylor, a nine-strong group, which included operators Michele Pagliocca, Dario Marchetti and Roberto Cicchetti and Broughton Ales’ David McGowan, set off from The Ben’s estate in Pitlochry on an 80-mile route to Milngavie.
The team cycled via Aberfeldy, Crieff and Buchlyvie before the final push from Blanefield to Milngavie, where a crowd of supporters was waiting to celebrate with the cyclists at Garvie & Co.
As SLTN went to press, donations were still coming in, but Bob told SLTN he reckons they’re on track to raise around £3500.
“It’s great we’ve raised so much money for The Ben,” he said.
“The guys who did the cycle were great and I’d like to say a big thanks to them and to everyone who has helped and supported us and made donations.
“Hopefully we can develop it and make the event bigger next year.”