Scotland’s tourism industry grew in cash terms last year, according to new figures released by the Office for National Statistics (ONS), with visitors spending 5.4% more than in 2014. 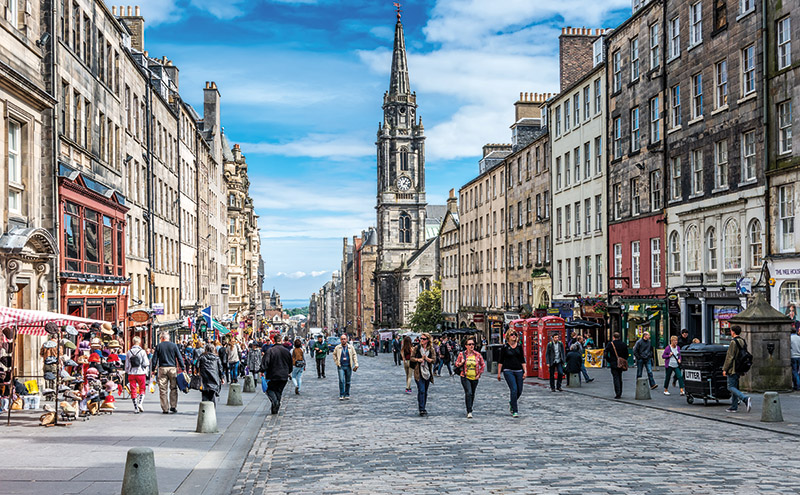 The increase in spending was driven by double digit growth in the domestic tourism market, with visitors from the rest of the UK spending £400 million more than in 2014 despite a dip of 4.2% in visitor numbers.
Last year saw a single digit decline in visitors from overseas, with total spending from this market down 8.2% in 2015.
Despite the dip in overseas spending, Edinburgh and Glasgow are still a strong draw for foreign visitors, ranking first and fourth respectively in overseas visitor numbers for destinations outside of London.
Malcolm Roughead, chief executive of VisitScotland, welcomed the new figures.
“We have recorded our highest combined visitor spend since 2005, showing that interest in the country continues to fuel increased economic growth and jobs for Scotland,” said Roughead.
Domestic tourism spend growth of 14.2% was described by Roughead as a “stunning success”, while the VisitScotland chief highlighted the major events of 2014 as a contributing factor.
“2014 was an incredible year for Scottish tourism with high impact events including the Commonwealth Games, the Year of Homecoming and the Ryder Cup raising Scotland’s profile to new levels,” he said.
“Nations can often experience a downturn following the kind of year Scotland enjoyed however these results prove Scottish tourism has capitalised on the success of 2014.”
Marc Crothall, chief executive of the Scottish Tourism Alliance, agreed that 2014 was a “particularly strong year for overseas visitors”, adding that, despite the dip, “the general trend is one of growth”.
“With challenges ahead for the sector, such as rising costs and the uncertainty of the UK’s position in the EU, these figures give us confidence that the tourism industry is in a good place,” he said.