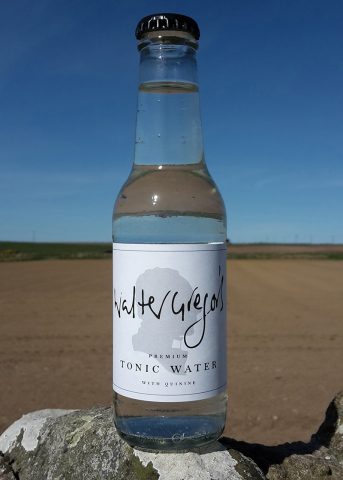 The deal, which was agreed as the tonic water celebrated its first year, is said to open Walter Gregor’s to over 6000 customers across the UK.
Claire Rennie, managing director of Summerhouse Drinks, said the Tennent’s deal is a “very exciting development” for the firm.
“They are the leading on-trade supplier to pubs, clubs, hotels and restaurants across Scotland and our partnership will give a greater number of hospitality establishments the opportunity to serve their customers with a truly Scottish gin and tonic,” she said. “We are particularly pleased that our first delivery coincided with Walter Gregor’s Tonic Water’s first birthday, which made it a very special birthday present for us.”
Gillian Murray, head buyer for Tennent’s, said: “We are genuinely excited to be bringing a product to the market that is exactly what the consumer is asking for.”
Summerhouse Drinks was founded in January 2014 and launched Walter Gregor’s in 2015; the tonic water is named after Walter Gregor – a Victorian minister from the historic parish of Pitsligo, where Summerhouse Drinks is based.