Somerset cider maker Thatchers will continue its run as the ‘official cider’ brand of the Glastonbury music festival this summer, after signing a new five-year deal with the team behind the festival. 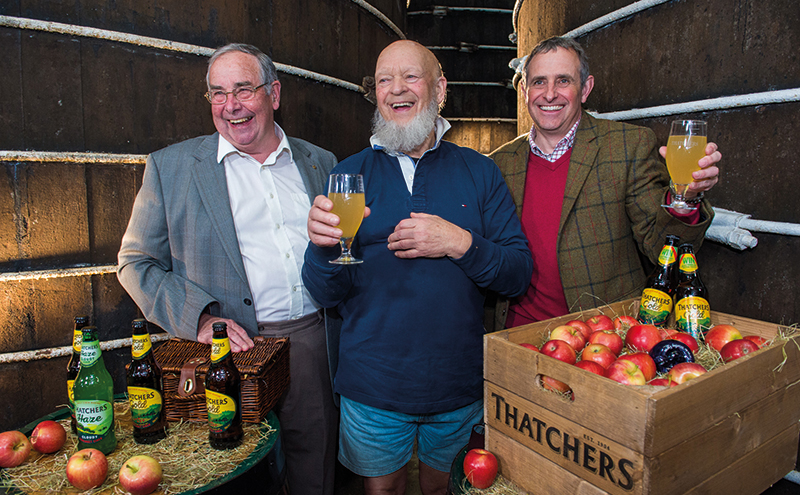 At this year’s Glastonbury, festival-goers will have access to four craft cider bars across Worthy Farm, with various Thatchers ciders on tap including Heritage, Big Apple and Cheddar Valley.
As well as these variants, Thatchers Gold and Thatchers Haze will be available on bars across the festival site.
Recently Glastonbury founder Michael Eavis visited Thatchers’ Myrtle Farm (above) to take a tour of the cider mill. Commenting on the new five-year deal, he said: “Our festival-goers from all over the world are treated to a taste of the West Country during June, with many fantastic local companies sharing in the atmosphere.”
Martin Thatcher, fourth generation cidermaker, said the response to their presence at Worthy Farm has been “unbelievable” and the firm is “absolutely delighted” to be signing a new deal.