The firm behind relaunched retro RTD brand Hooch has drafted in stars of social media for its latest campaign which will air across digital and social media. 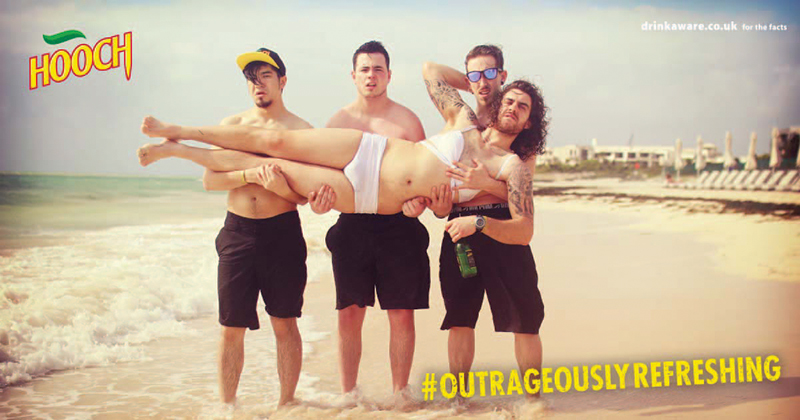 Set to run until the end of July, the Outrageously Refreshing campaign launched this month with content created by the stars of four of the UK’s most viewed accounts on social media video platform Vine.
Web-comics Joe Charman, Huw Samuel, Leslie Wai and Stuggy have been tasked with creating a range of content across Instagram, Vine, Facebook, Twitter, Snapchat and YouTube which will see them perform short sketches and pranks while promoting the Hooch brand.
Global Brands, the firm behind Hooch, said the campaign is set to reach an audience of 5.8 million people, the combined following of all four Vine stars.
Simon Green, marketing director at Global Brands, said the team is “excited to bring some of the UK’s freshest original talent together to entertain and grow our loyal Hooch audience”. “This builds on the brand’s reputation for disruptive and ‘full on’ activity,” said Green.
Huw Samuel said the social media activity will provide consumers with entertainment on a “longer and higher scale”.
The Outrageously Refreshing campaign follows on from Hooch’s Full of Refreshment activity, which saw TV comedian Keith Lemon promote the RTD brand.
Hooch was first launched in the UK in 1994. The ‘retro’ RTD brand was reintroduced to the UK market in July 2012 following a ten-year absence.
In addition to the original Lemon Brew variant, Global Brands rolled out Hooch Orange and Hooch Blackcurrant variants in 2013.