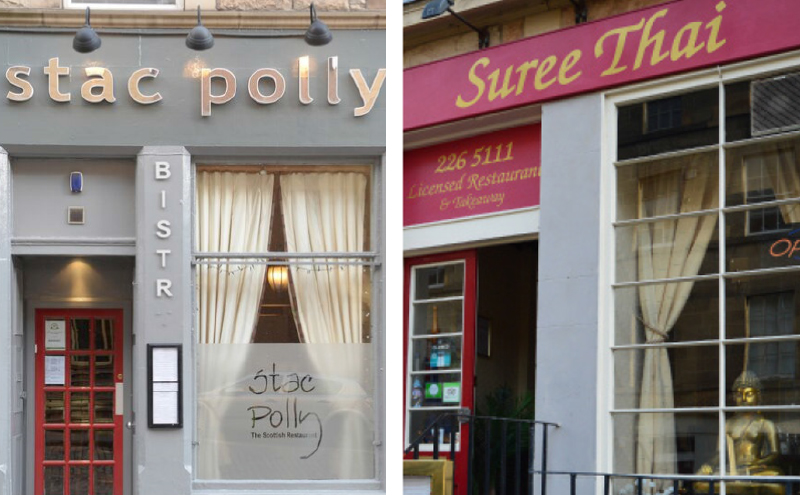 Two restaurants in Edinburgh were sold on the same day in deals brokered by Cornerstone Business Agents.
The eateries are both said to benefit from “highly visible” trading locations within different parts of the capital.
Located on St Mary’s Street, Stac Polly is close to the Royal Mile and was described as having an “immaculate” interior which the agent said could have lent itself to a “variety of different international cuisines”.
Stac Polly had been marketed with a guide price of £99,000 and was sold for an undisclosed sum.
Meanwhile, in the Stockbridge area of Edinburgh, Suree Thai on St Stephen Street has also changed hands.
Located a ten-minute walk from the city centre, the 26-cover restaurant occupies the raised ground floor level of the tenement-style property.
Marketed with a guide price of £25,000 for the leasehold interest, the final sale price was not disclosed.
Each of the restaurants was purchased by an “experienced” operator who were both said to have “exciting plans” for their respective units.
Barry McNeil, joint owner of Cornerstone, said he believes that location is “still key for buyers”.
“We are obviously delighted to have concluded two separate sales on the same day,” he said.
“Both businesses attracted huge levels of interest when they were placed on the market and for me this continues to highlight the vibrancy of the Edinburgh market.”