A Lack of chefs could be one of the biggest challenges facing the hospitality industry in Scotland, according to one of the country’s most celebrated cooks. 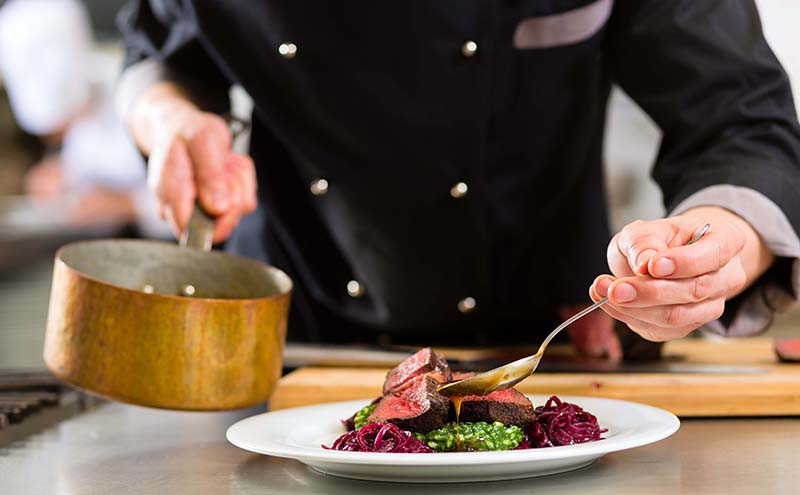 Martin Wishart, whose restaurant group includes two venues with a Michelin Star, told SLTN there is “a lack of chefs willing to come in and work in the industry” in addition to a shortage of front of house staff.
And Wishart, who runs an apprenticeship scheme in his restaurants, added that many recruits are put off by unrealistic expectations.
“There’s quite a false sense when people watch it on television and it looks quite glamorous,” he said.
“They know it’s hard work but I don’t think they realise how much hard work it is – how long it takes.”
Carla Lamont, head chef and co-owner of Ninth Wave Restaurant on the Isle of Mull, agreed. She said that, while she has been “very lucky” with regard to finding good staff, she is aware of other operators having trouble with recruitment.
“All these cooking programmes, people watch them and think it’s a really glamorous occupation,” said Lamont.
“But once you get there it’s not so glamorous, believe me.
“You’re peeling turnips in a corner for like seven hours a day, and plucking the feathers off five hundred pheasants. It’s not fun [in the beginning].”
Mark Greenaway, of Edinburgh eatery Restaurant Mark Greenaway, said it has been “increasingly difficult” to recruit junior kitchen staff in the last five or six years. And he reckons chefs have a role to play in encouraging more young people to enter the industry.
“Chefs should make time to visit more schools and colleges to encourage and inspire people who are thinking about what they would like to work as and do later on in life,” said Greenaway.
It seems the issue of staff shortages has not gone unnoticed by the wider industry.
Hospitality industry charity Springboard, which provides training and work experience for young and unemployed people, has developed an initiative aimed at encouraging more young people to enter the catering industry.
Amanda McDade, careers and education manager in Scotland for Springboard, said the charity’s FutureChef initiative was developed “to address the chef shortage issue” and is “crucial for the future of the hospitality industry”.
“FutureChef is a nationwide culinary initiative which is delivered in over 700 schools nationwide,” said McDade.
“It is imperative that we start at a young age to introduce the next generation to cooking.
“FutureChef engages young people aged 12 to 16 in learning the vital life skills of cooking and understanding nutrition, whilst providing an invaluable insight into a career within the hospitality industry.”
Willie McCurrach of City of Glasgow College said there is a steady influx of students to the college’s cookery programmes.
But he added that the industry and the wider world have changed considerably in recent years.
“Our notice boards are full of job opportunities so we fully agree that there is a shortage of chefs, but every week there is a new eatery opening in Glasgow so it is probably fair to say more restaurant owners are looking for chefs as the industry grows compared to what was needed ten years ago,” said McCurrach.
“Youngsters have also changed and are not necessarily looking for long term careers and if it does not suit they just move on to the next opportunity.”
Brian Maule of SLTN Award-winning Glasgow restaurant Brian Maule at Chardon d’Or agreed.
He said: “I’m in a few associations and you come back to the same thing all the time: how do you entice [recruits] in? How do you make them feel appreciated? Because it’s a different mentality now to what it was 30 years ago when I started.
“The whole work ethic’s different, the mentality’s different.
“It’s just a different ballgame.”