Eric Cantona returned to the small screen with four-legged friends in tow this month as part of a new campaign for Kronenbourg 1664. 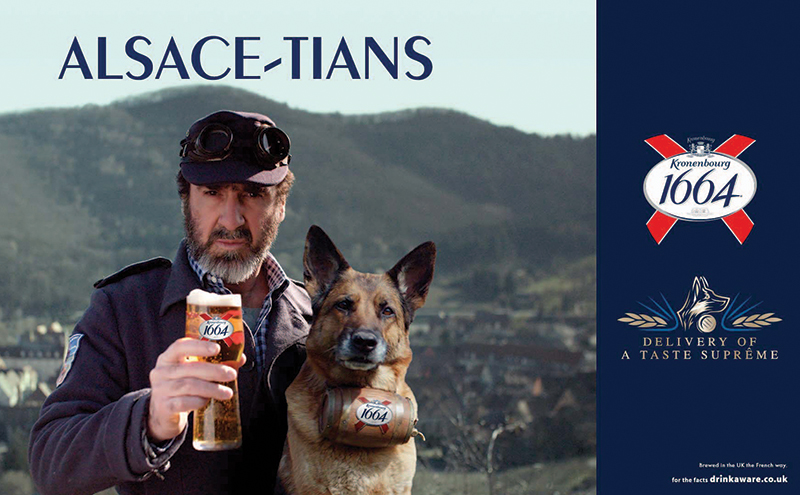 The latest advert sees Cantona take a pair of German Shepherds to the Alsace region of France, home of Kronenbourg, where the canine couriers set about delivering beer.
Cantona’s ‘Alsace-tians’ debuted in a 60-second TV advert on Channel 4 and can also be viewed on Kronenbourg’s social media channels.
Ifeoma Dozie of Heineken UK, the firm behind Kronenbourg 1664, said the new campaign continues “the humorous and tongue-in-cheek narrative already established in past campaigns, but takes the Kronenbourg story in a new direction” – demonstrating the brand’s “personality, premiumness and supreme taste credentials”.