Restaurateurs and bar operators could be prevented from suggesting a discretionary service charge on bills as part of new UK government proposals designed to bring greater transparency to tipping for employees and consumers. 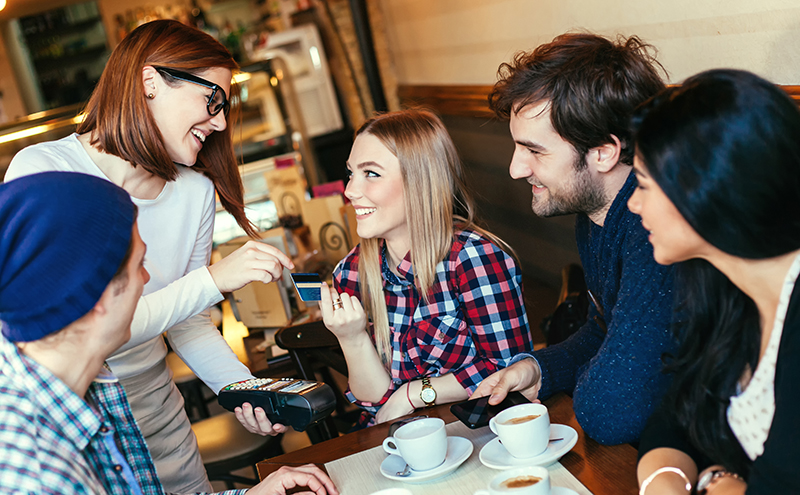 A consultation, launched by business secretary Sajid Javid earlier this month, seeks views on a number of measures, including “preventing businesses from suggesting any specific amount of discretionary payment for service”, or, if they are to be allowed to suggest an amount, on ways in which to “ensure businesses make it clear discretionary payments for service are just that – voluntary for the consumer”.
The document, which follows reports some UK high street restaurant chains were ‘charging’ workers an administration fee of between 5% and 15% for handling tips and, in some cases, retaining the full tip, comes after a ‘call for evidence’ on tipping practices last year.
Proposals outlined in the new consultation include updating the current voluntary code of practice, introduced in October 2009, and putting it on a statutory footing.
The document also proposes “preventing or limiting” any employer deduction from discretionary payments for service, except those required under tax law; and seeks views on how to increase the use of well-managed tronc schemes (where tips are pooled and the employer has no say in how they are shared between staff).
Speaking as he launched the consultation, Javid said the proposals aim to “bring greater transparency to tipping” for workers and consumers.
“Today I’m setting out our proposals to make tipping fairer, clamping down on unfair practices and securing a better deal for the millions of workers in the service industry,” said Javid.
“We will look closely at all the options, including legislation if necessary.”
The proposals outlined in the consultation were welcomed by Unite, the union which represents waiting staff.
“All they want is what any worker wants – to take home what they have earned, no corners cut,” said Dave Turnbull, Unite’s officer for the hospitality sector.
Ufi Ibrahim, chief executive of the British Hospitality Association, said: “Transparency is precisely what we asked the government to consider.
“Customers should be able to reward good service and know where their money ends up and how much of it goes to the staff.”
The Association of Licensed Multiple Retailers (ALMR) – a trade group which represents pubs and restaurants, said a survey of 7000 of its restaurant members last year “found no evidence of abuse of the current system”.
“With the rise of cashless transactions, customers are increasingly rewarding good service through credit card payments,” said ALMR chief executive Kate Nicholls.
“These have to be processed through the company payroll in order to ensure that tax is properly accounted for and paid – this is not the case with cash tips where the individual has to declare the tax and it is this which has led to some confusion and we welcome measures to increase transparency.
“It means that there will be a deduction, but it means that everyone receives a fair share of the tips, including the tax man.
“No company should be profiting from tips and service charges, but equally no company – particularly small businesses – should be penalised for collecting and processing tax on behalf of the government.”
Glasgow restaurateur Ryan James said: “I think Sajid Javid has got the wrong end of the stick with this.
“A fairer system would be if all cash and card tips went straight to the staff but the HMRC system doesn’t allow  for that.
“If you leave a tip by card, HMRC sees it as company revenue and so it has to be treated that way in the accounts and go through the payroll system.
“Restaurateurs have got to keep themselves above the law with Revenue.”