Bistro in Edinburgh’s west end is up for sale

Operators looking for premises in the capital’s west end might be interested in The Edinburgh Larder, which is being marketed by The Restaurant Agency. 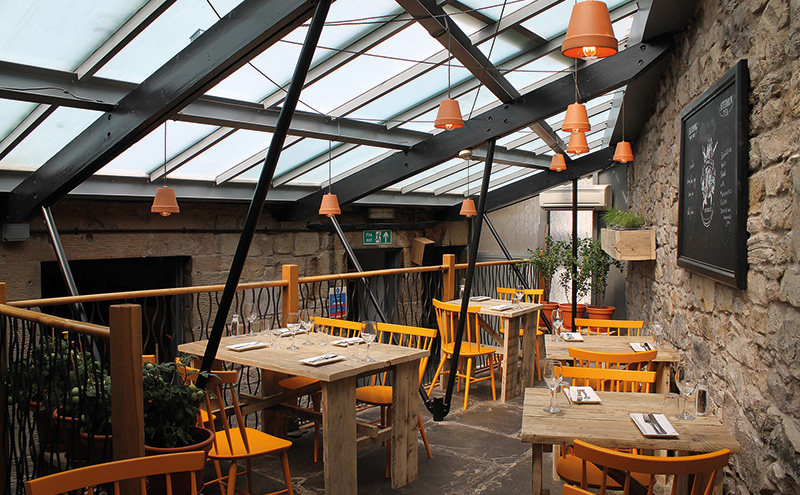 Described as a ‘hidden gem’ due to its basement location, the Alva Street venue has ample natural light thanks to a large conservatory attached to the premises.
The 60-cover restaurant comprises three separate areas and is described as having a ‘rustic’ look, with exposed stone walls, flagstone floors and modern lighting.
The restaurant is close to Princes Street and Shandwick Place – an area said to have undergone significant regeneration following the completion of the tram works.
Currently trading five days a week, The Edinburgh Larder offers scope for a new owner to increase turnover, according to Alan Goldie, director of The Restaurant Agency who is handling the sale.
“It’s great to see this part of the city reinvigorated – and with significant reinvestment in the area, the west end, which forms part of a Business Improvement District, has returned to become a popular food and drink destination for all surrounding offices, residences and both for locals and tourists,” said Goldie.
“This 60-cover restaurant in a desirable area is appealing in its simplicity and is full of character, with a surprisingly big floor area given it is a basement property; it has the added bonus of a bright conservatory attached, allowing ample natural light on proceedings.”
With a lease until 2027, the business is available at offers over £85,000 for the leasehold going concern.