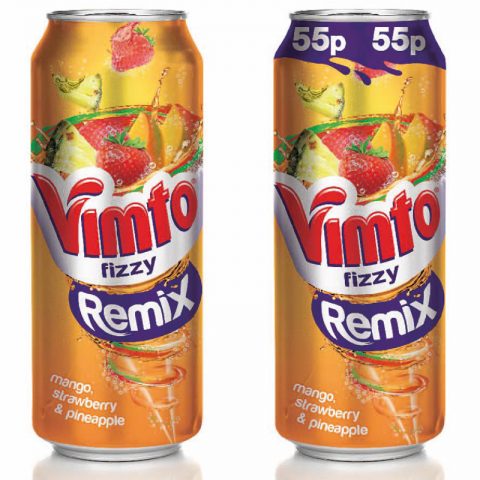 The firm behind Vimto has launched a new sub-brand of the drink, dubbed Vimto Remix.
Available to both the on and off-trades, the new drink has been launched in response to what parent firm Nichols described as an increase in demand for flavour innovation and variety in the soft drinks category.
The new recipe consists of a mixture of mango, strawberry and pineapple, with the addition of the secret Vimto recipe.
Included in the new range are 500ml fizzy and still bottle formats as well as a 330ml can.
Nick Yates, trading director for Vimto out of home, said the firm is “excited to see Vimto Remix rolling out to the out of home channel”.
“We carried out extensive research prior to introducing the new Remix range that demonstrated teenagers’ and parents’ enthusiasm to try new flavour combinations,” said Yates.
“We are confident the new range is going to appeal to both old and new fans of Vimto.”