Dexter family adds to its city centre portfolio with Obu.

When you have a winning formula, it makes sense to stick to it; and that’s exactly what Glasgow operators the Dexters are doing. 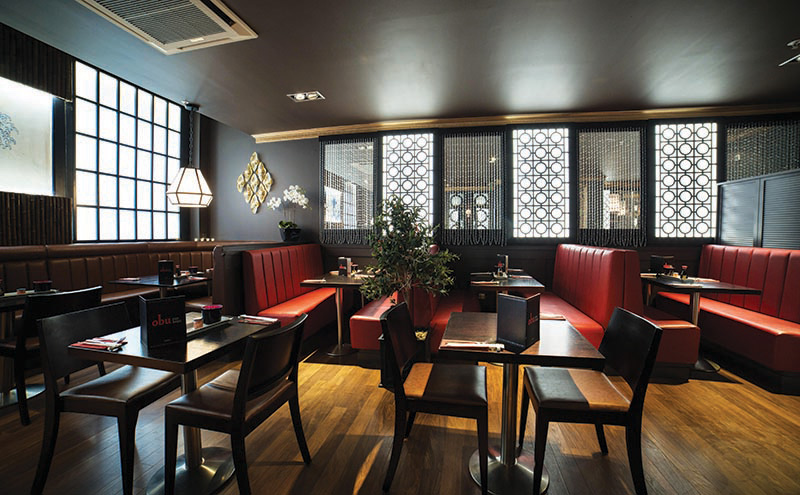 With three established restaurants (Barca Tapas, Cranachan and NY American Grill) and a café business (Café Bombon) already trading in the city’s Princes Square shopping centre, opening Obu Pan Asian was the next logical step, according to operations manager Danielle Fleming. The daughter of Alan and Joanne Dexter, who own the outlets, Danielle is operations manager for the four established businesses and runs Obu with her husband, Tom Fleming.
“We’ve been in Princes Square for 11 years; Barca opened 11 years ago this May, so we’re very familiar [with it],” she said.
With their existing eateries covering Spanish, Scottish and American cuisine, the family focused on Pan Asian – a style of food they reckoned was under-represented in the city centre – in their newest outlet.
Located on the top terrace in Princes Square, Obu aims to continue the Dexters’ focus on casual dining, and so comfort was key with the redesign.
But the family also considered it important for the interior of the 75-cover eatery to have a ‘flair’ about it.
Danielle said: “I think that the customers coming in here are looking for a really nice, modern, comfortable setting.
“The seating is really important. The customers that come in here have quite a flair for interiors.”
Frank Adams Contracts carried out the refit in just three weeks; and Space ID’s Mark Hardy was the designer tasked with creating the comfortable, contemporary look.
Having designed the family’s NY American Grill, Danielle said they had faith in Mark’s ideas.
“He’s [from] the same design team that did NY Grill for us in 2014 so we know him, we trust him and we know his taste is great,” she said.
“I think you do have to trust designers a little bit, you can’t guide everything yourself, you can have your own general ideas but I think you need to let the designers do their work, to create the atmosphere.”
Inside the restaurant the look is quite different from the light, airy feel of the Princes Square terrace. 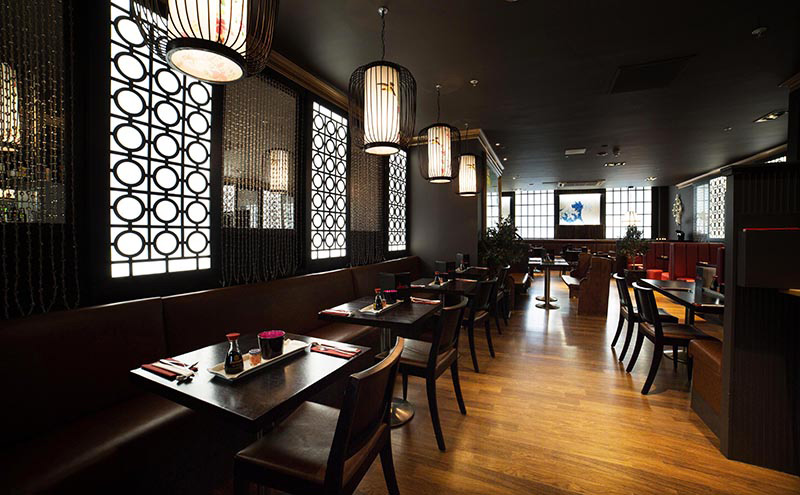 With dark wood panelling, Asian-style light pendants and digital artwork, Obu is designed to have a comfortable yet authentic ambience.
There are further nods to Asian style in accessories, such as the orchids and lanterns.
Key to the redesign was that the venue was female-friendly, due to Princes Square’s largely female demographic.
However, Danielle said since the new restaurant opened earlier this year, it has attracted a varied clientele – something she partly attributes to the Hydro.
“It’s had such an impact for us,” she said.
“I know obviously it must be huge for restaurants around that general area but it’s even reaching us in town.”
That Obu’s menu offers “authentic” Asian fusion cuisine, spanning Thai, Chinese and Japanese dishes, is reckoned to have helped broaden the restaurant’s appeal. The family works with “a few select suppliers”, including Seasonal Produce, The Fish People and McLays butchers, as well as Asian supermarkets to source authentic ingredients.
With Obu up and running, taking the restaurant portfolio to four, there could be yet more expansion to come.
Danielle confirmed there is a new project “on the horizon”, adding that the family is now in a position to move the business forward even further.