Westminster called on to ease impact of payroll hike

TRADE groups and operators have called on Westminster to help lessen the impact of the National Living Wage amid warnings that thousands of jobs could be lost in the licensed and hospitality sectors.
The Living Wage, which came into force on April 1, requires all employees aged 25 and over to be paid at least £7.20 an hour. 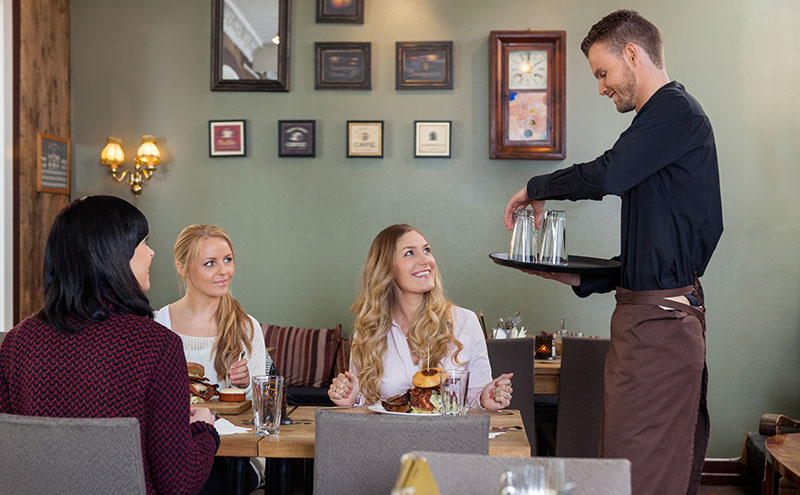 But trade groups have warned that job cuts are likely as businesses struggle to absorb the extra cost.
Willie Macleod, executive director, Scotland, at the British Hospitality Association (BHA), said members were reporting increases in payroll costs of between 6% and 10%.
“Some of the larger members said the costs were likely to run into the millions,” said Macleod.
“I haven’t heard a single hotelier say they don’t want to pay their staff more money.
“The question I’m hearing hoteliers ask is ‘how can we do that without losing staff, and how can we do it without eroding already tight profit margins?’”
Scottish Licensed Trade Association (SLTA) chief executive, Paul Waterson, said there is a concern that licensees may start to hire more staff under the age of 25 to avoid paying the Living Wage.
“What worries me is there are a lot of good publicans I’ve spoken to who really don’t know what they’re going to do about it,” said Waterson.
“They’re going to have to employ under-25s.
“An over-25 will be lucky to get a job.
“And you can’t blame people, because they are working to such tight budgets now.”
Both groups called on Westminster to counter the effect of the Living Wage through a cut in other taxes, such as VAT or National Insurance.
Cook Gill, co-founder of restaurant chain Cook & Indi’s World Buffet, which operates eight restaurants across the central belt, said around 30% of the company’s staff have been affected by the introduction of the Living Wage.
“I think the only thing you can really look at is trying to increase sales, and look at putting your prices up,” he said.
“But it’s very difficult. The customers are going to suffer in the end, if we need to put our prices up. It’s going to be very difficult.”
JD Wetherspoon chairman Tim Martin said he was “worried about the implication of the Living Wage, combined with the huge VAT and business rates disparity between pubs and supermarkets”.
And he took issue with the way the Living Wage was introduced by the Westminster government.
“The manner of the decision about the Living Wage presents a danger to all businesses,” said Martin.
“Unlike the Minimum Wage, which was decided by a group of experts appointed by the government, the Living Wage appears to have been decided by David Cameron and George Osborne for political reasons.
“Once issues like wages are decided in this manner, it is open season for other politicians to issue commands about how businesses are run from on high.
“It’s back to the ‘prices and incomes’ approach of the 1970s.”