Over the last few years craft beer has progressed from emerging sub-category to Scottish trade staple and the interest in all things flavour has been driven, in part, by venues like The Hanging Bat in Edinburgh.
Winner of the 2015 SLTN Award for Craft Beer, in association with Eden Mill, The Hanging Bat has been pushing out quality beer since the Lothian Road venue opened its doors in November 2012.
General manager Joe Dick has been there since day one, and he explained the thinking behind a beer-focused bar that doesn’t sell pints.

Joe said the first goal for The Hanging Bat was to “do something different”, prioritising flavour over the prevailing wisdom of what a bar should offer.
“We were the first bar to completely not offer pints and in the beginning a lot of people were shocked by that,” said Joe.
“‘Beer has to be drunk in 568ml glasses’, but wait a minute, chill out, if you’re drinking schooners you can taste more beers.”
Serving beer only in schooners – the 2/3-pint glassware format that’s been popular among craft beer lovers in the Scottish on-trade – The Hanging Bat is geared up to help its customers explore a range of beers.
And there’s plenty to choose from.
When customers approach the bar there’s a choice of 14 keg taps and six cask pulls as well as over 120 packaged beers.
It’s a vast selection, the majority of which is from UK brewers – the bread and butter of The Hanging Bat’s beer range.
Joe, who places the orders through The Hanging Bat’s sister distribution company New Wave, explained the thinking behind the range.

“[The beer range] is mostly UK-focused but we pick up bits and pieces from Europe and the States,” he said.
“The fact is there’s so many great brewers in the UK and first of all freshness is a thing – with a lot of beer you want to get those guys in as soon as possible,” he said.
Another thing customers might notice is the distinct lack of any eye-catching pump clips and colourful branding on the taps – a conscious decision intended to draw attention to the beer, according to Joe.
“The reason we don’t have any branding is it’s not like the Grand National,” he said.
“You don’t come in and pick the [beer] with the best label or name or whatever.”
Navigating such a vast range without pictorial assistance could be a dizzying prospect for the novice, but Joe said the bar’s staff are more than up to the task of helping customers find a brew to suit their taste.
“Somebody should be engaged within five seconds of walking in the door,” said Joe.
“Sometimes [customers] aren’t exactly willing to admit they don’t know anything about beer, but you’ve got to break that down.” 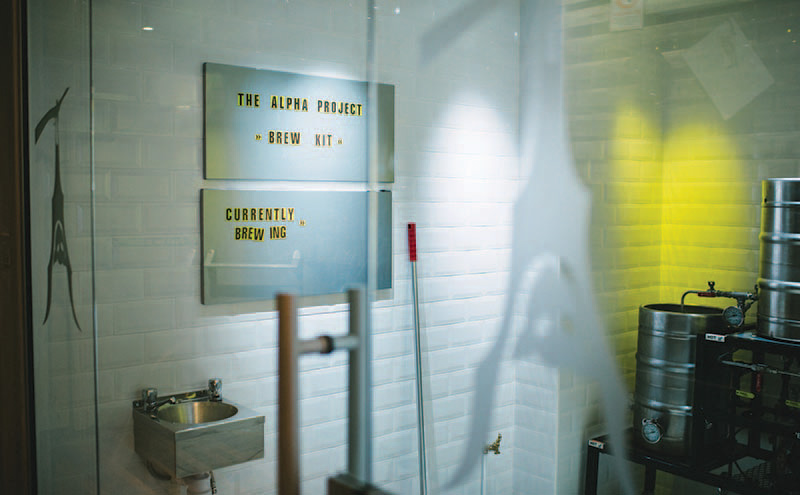 Luckily for Joe, finding enthusiastic staff hasn’t been a problem at The Hanging Bat.
“Our staff are really passionate about beer,” he said.
“A lot of the [product knowledge training] they do themselves.
“We’ve got a number of staff members that have been here since day one.
“We invest in staff, give them training. It’s a good environment to work in.”
For the beer-loving bartender, or customer, ‘good environment’ is the right description for The Hanging Bat.
As one of the few beer-focused bars in Scotland to house its own pilot brewery, the venue has the right resources to offer a range of beer-themed events as well as creating its own house beers.
Joe said the brewery was part of venue owners Chris Mair and Gavin Ferguson’s vision for the business from day one, and has been a hit among staff and customers as well as other local venues. 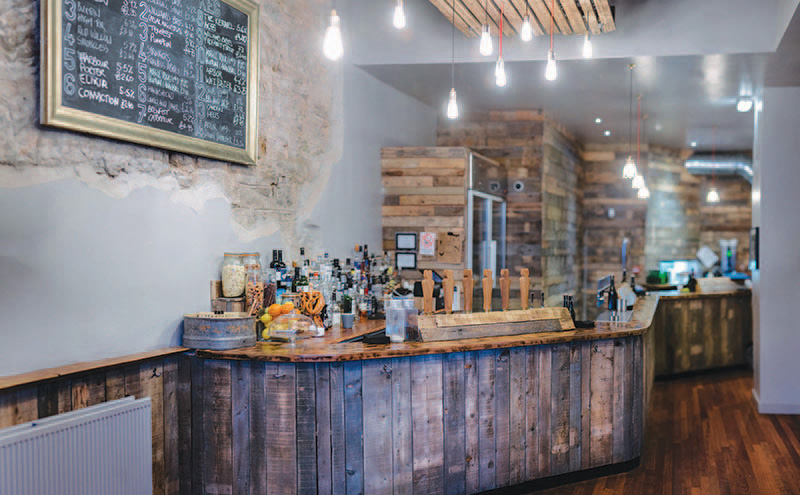 The Hanging Bat brew kit, which was imported from the US in 2012, has been run by graduates from the Heriot Watt Brewing and Distilling course since day one and is currently manned by brewer Sandy Mckelvie.
Sandy regularly produces three beers per week, not just for The Hanging Bat, but also Edinburgh restaurants Timberyard and Blackfriars.
The Hanging Bat’s brew project isn’t just for the on-trade, however; the venue also hosts ‘brew days’ offering customers tutored beer tastings, lunch and the chance to brew their own beer.
A beer specialist bar making brews for its on-trade neighbours may have seemed like a niche proposition before the ‘craft-beer boom’, but it’s fitting for the market as it stands.
Looking ahead, Joe doesn’t envisage any huge changes in The Hanging Bat’s operation –  and he reckons there’s little chance of the “craft beer bubble” popping any time soon.
However, the sector is maturing and Joe reckons it may soon be time to drop “the c-word”.
“For me, there’s two kinds of beer. Beer that I like and beer that I don’t like,” he said.
Maturation is the name of the game at The Hanging Bat too, and Joe will be approaching the bar’s future from an ‘if it ain’t broke’ position.
“The plan for the future is to just consolidate on what we do,” he added.
“There’s always a risk of over-stretching yourself.”
That being said, there’s still plenty going on at the Edinburgh bar.
The venue will continue to host its monthly ‘an audience with’ meet the brewer events and an event with Chicago-based Koval Distilling – said to be the first distillery in the city since the end of prohibition in the US – is also “quite likely”, said Joe.