New owners at the helm of Ayrshire village inn 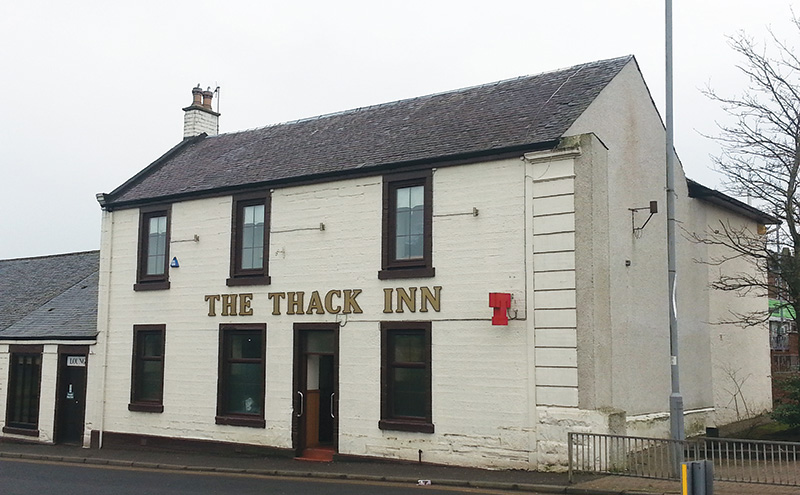 An East Ayrshire inn which has been run by the same family for the last 20 years has changed hands.
The Thack Inn in the village of Hurlford near Kilmarnock was sold for an undisclosed sum.
The property, which comprised a public bar, snooker room and small kitchenette and has been trading purely as a wet-led business, was marketed as having the potential to expand through the introduction of a food offer.
The sale of the Thack Inn also included two self-contained flats which had been rented out; both flats are accessed from the private pub car park to the rear of the property.
Graeme Smith of Smith & Clough Business Associates, who handled the sale, described the Thack Inn as “a very well-established business” which has been “regarded very much as the hub of the community”.
Smith said the property was “presented well both internally and externally” when it was brought to market.
“Our clients, who have owned several pubs over the years, decided to place the Thack Inn on the market due to their retirement from the trade and allow them to spend more time with the family,” he said.
“After a successful marketing campaign the property was sold to an existing operator.”
The Thack Inn was marketed at an asking price of £250,000 for the freehold.