Historic Inn visited by the bard is up for sale

Operators looking for an historic property might be interested in a Dumfries & Galloway inn that’s said to have been frequented by Robert Burns. 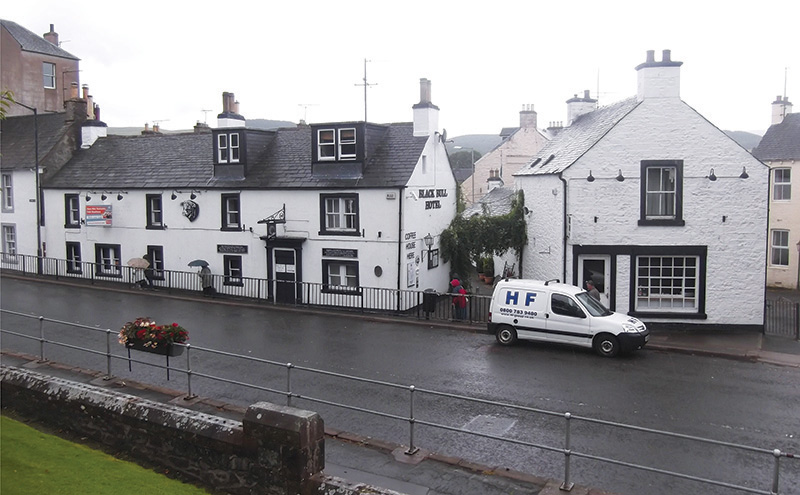 On the market with Colliers International, the Black Bull in Moffat is said to have been where the bard once engraved a pane of glass with some locally-inspired verses; the original pane is now in St Petersburg after it was presented to the future Tsar Nicholas I in 1817.
First established in 1568, the Black Bull is claimed to be one of the oldest hotels in Scotland.
Offering multiple revenue streams, the business now comprises two buildings with a middle courtyard area, which can be used for al fresco drinking and dining.
Internally there is a large public bar, a lounge bar which can accommodate 40 covers, a separate restaurant with space for an additional 40 covers, and eight en suite letting rooms on the first floor.
Located a “stone’s throw” from the main M74 route and close to the River Annan and Moffat hills, the Black Bull is said to be ideally positioned for passing trade, attracting tourists and walkers as well as locals.
Paul Shiells, director of Licensed & Leisure at Colliers International, which is marketing the property on behalf of Punch Taverns with a price tag of offers in the region of £450,000 plus VAT, said the Black Bull offers real scope for a new owner.
“With its fascinating history and prime location in the Borders, the Black Bull offers an exciting operational and development opportunity for an ambitious, experienced hotel operator looking to capitalise on its potential to attract tourists from far and wide,” he said.