From tablets to smartphones, the on-trade has a lot to compete with when it comes to getting customers’ attention – but the same devices can provide a platform for pulling in the punters.
A number of Scottish operators have credited savvy use of social media with helping to boost footfall. It’s also, they say, a useful tool for building and maintaining customer loyalty. 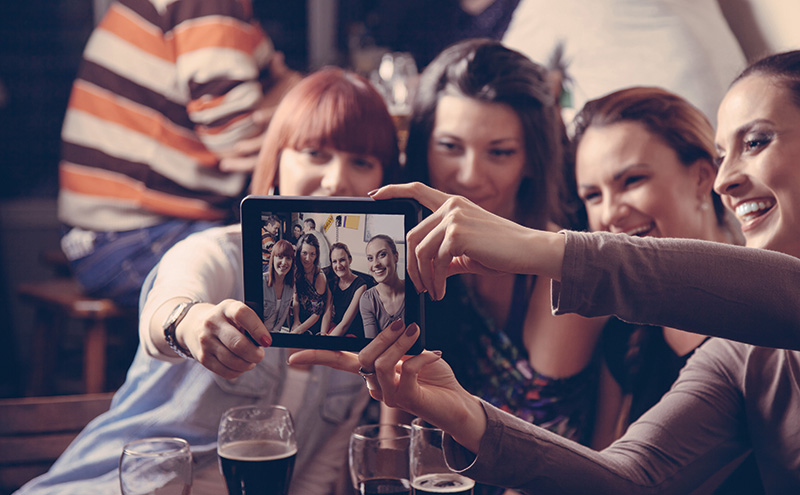 The Stag & Thistle in the village of Kilmaurs, Ayrshire, opened its doors on December 5 last year and even before the first pint was poured, the bar was using social media to build up its clientele.
Venue manager Chris Hyslop said social media has been the bar’s “main source of advertising”.
“We’re very active on it,” he said.
“I come from a nightclub background which is maybe more social media-driven.”
In under three months, The Stag and Thistle accrued 800 Facebook followers in a village with a population of around 2000 – and Hyslop reckons the bar’s social media success has a lot to do with its content.
“We post pictures which grabs their [customers] attention more than just words,” said Hyslop.
“We try and leave things open by asking a question and we get some interaction.”
Social media isn’t just a platform for promoting, it can also function as a useful data gathering tool.
At The Stag & Thistle, Hyslop said he uses Facebook’s ‘insights’ function – a data and metrics service provided by the site – to better understand where his customers come from and better target the venue’s marketing in the future.
“We use [insights] to go back in and look at where we’re going to advertise,” he said.
Social media can do more for pubs than attract new customers; it can also be used to build and maintain loyalty with a venue’s clientele.

Dennis Forsyth of Cheers Cafe, Bar and Tavern in Fraserburgh said he has faced some challenging trading conditions in recent months in the wake of the oil price crash. But he said social media has been something of a silver bullet for the venue.
“Fraserburgh has a lot of people working in the oil industry, Young’s Seafood have cut 650 staff [in the town] and I have had a £2.1 million Wetherspoon built next door to me and I’m still going up rather than down and I attribute a lot of that to our social media,” he said.
“It’s been a huge advantage to us.
“Honest to goodness we’re up 15% in the last year and that’s down to Facebook.”
However, he said operators who want to maintain a strong social media presence can’t afford to get complacent.
“You need consistent engagement from your followers otherwise Facebook sort of cuts you off [from your follower’s feed],” he said.
For Forsyth, engagement means competition posts and photo albums – posts which invite his customers to comment or share the venue’s posts.
Chris Moore of pubco Star Pubs & Bars agreed that engaging with customers is crucial to effective social media.
“The key difference between traditional advertising and social media is interactivity,” said Moore.
“Social media must be checked at least daily for comments requiring feedback.
“On the proactive side, it’s all about building customers’ interest before trying to sell to them.
“We recommend licensees invest in a business Facebook account enabling them to sit down once a week and schedule all their posts for the week ahead to coincide with the times customers are most likely to come to their pub.”