Aberdeen licensing board’s bold policy on overprovision ended up in a ditch a few months ago – and now it seems odds on that Dundee will face a similar challenge.
When Aberdeen last reviewed its statement of licensing policy in 2013 it considered a report from NHS Grampian suggesting that the whole area should be regarded as overprovided with licensed premises, save for restaurants.
The board drew back from the full implementation of that recommendation but forged ahead with a ban on new off-sales (or, to be totally accurate, a presumption that no such licences would normally be granted).
That policy was to apply throughout the council area with the exclusion of only two, rather odd localities: one was a forest with an industrial estate, the other a farm and steading.
When McColls, the convenience store operator, applied for a licence – not surprisingly, for a shop outwith the forest and the farm areas – it was inevitably refused, not just on the ground of overprovision but also because the licence might be inconsistent with the licensing objective of  “protecting and improving public health”.
In the ensuing appeal, the sheriff agreed with McColls that the board had been “disingenuous” in carving out a couple of  “token” localities and they’d applied the wrong test to the objective.
Instead of dividing the whole area into separate localities and assessing the provision of off-sale premises, they’d taken the whole area and then subtracted the two localities “as a cosmetic exercise”.
Importantly, in my view, the appeal judgment also exposed a fundamental weakness in “health-based” licence refusals.
It’s not enough to say that ‘inconsistency’ with the licensing objective is a possibility. There is, as the sheriff said, a difference between possibility and probability. So, there would have to be some evidence that an alcohol display (in this case, ten square metres) would have a negative impact on the well-being of the local population: how such a case might be made out is well beyond my comprehension.
Now Dundee licensing board’s policy is under the spotlight.
In October 2014, following a report by the local Alcohol and Drug Partnership, it decided to declare the whole city overprovided with all types of licensed premises, except for the central waterfront.
The implementation of the policy has led to two highly-controversial decisions.
As reported in SLTN (January 21), the board rejected a bid to convert a B-listed building in the city’s Nethergate to a Mediterranean restaurant and luxury cocktail bar.
All but one of the board members thought that the premises – Caird’s Bar and Grill – could end up as “just another pub”.
Local newspaper reports suggested that the licensing proposal has been re-packaged with a fresh application due to be considered by the board in a few weeks. 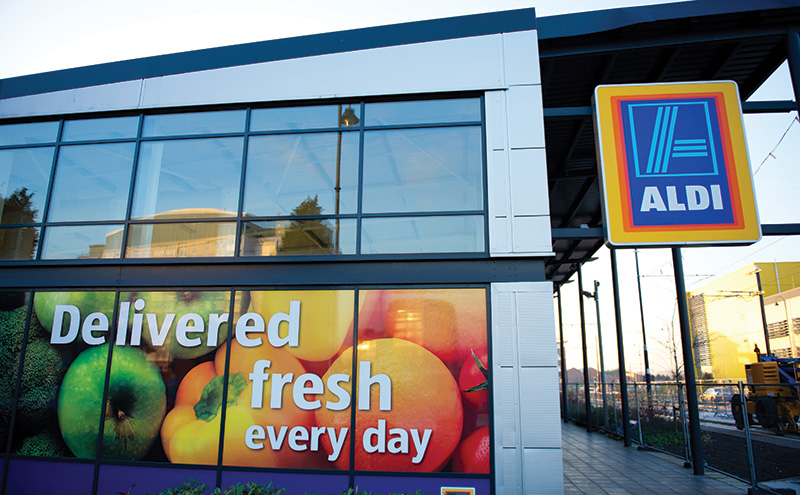 But it’s Aldi, the supermarket operator, who looks set to put the cat among the pigeons.
Last month the German discounter failed to obtain a licence for a new store in the Charleston area of Dundee.
Predictably, NHS Tayside objected on the basis that the licence would breach the board’s overprovision policy and warned that an increase in off-sale outlets was “likely to have a detrimental impact on public health”.
Aldi’s lawyer argued that the overprovision policy methodology suffered the fatal flaw identified in the McColls case.
That argument was firmly rejected by the board and it’s now due to be settled in an appeal, no doubt along with other issues.
In the wings there’s a real game changer. The Aberdeen board purposefully carved out two nominal areas from its policy because it feared (wrongly, in my view) that the whole area couldn’t be designated as a single overprovision zone.
But the Air Weapons and Licensing (Scotland) Act contains a provision – yet to be brought into force – putting the matter beyond doubt by allowing a board to determine that the whole of its area is a ‘locality’ for overprovision purposes.
Boards are due to start consulting on new policies in the coming months; more major battles lie ahead.