The Scottish and UK governments have been urged to clamp down on Airbnb, the online service which allows people to rent out privately-owned rooms and accommodation to tourists and visitors. 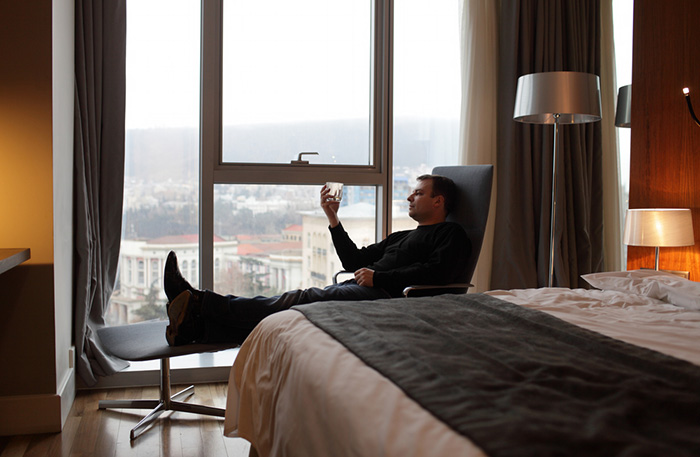 Trade groups said members of the online service are competing with accommodation businesses while abiding by none of the same regulations.
At a presentation to the Business, Innovation and Skills committee last week the British Hospitality Association (BHA) argued that Airbnb is “operating outside UK regulations” and said many Airbnb members are effectively running “unregulated pseudo-hotels”.
Speaking to SLTN, Willie Macleod, executive director, Scotland, at the BHA, said Airbnb, which lists more than 300 Scottish properties, and its members should “compete on a level playing field”.
He said businesses such as hotels and bed and breakfasts must comply with rules including fire and health and safety regulations, as well as paying taxes such as commercial business rates, while Airbnb venues don’t have to meet the same requirements.
“We can’t stop it,” said Macleod. “It’s a new form of accommodation. The consumer is reacting to it. Our concern would be that, if we have to compete with this kind of business, we would want them to be competing on a level playing field with us and meeting some of the costs we, as higher profile, more visible businesses, would have to meet.”
David Weston, chief executive of the Bed & Breakfast Association, said there is now a “two-tier” approach to the regulation of accommodation properties.
“It’s very unfair from a business point of view, because you’ve got business A that is regulated heavily and its competitor next door that gets away with not complying with anything and is obviously saving costs,” Weston told SLTN. “So effectively you’ve got competition on the basis of health and safety, which is very sad to see.”
A spokesman for the department of Business Innovation and Skills at Westminster said: “The UK government backs the growth of innovative businesses that give ordinary people across the country the opportunity to boost their income.
“We will consider the points raised by the BHA and continue to work closely with both the hospitality and sharing economy sectors, to make sure people using these new platforms are fully compliant with current regulations and tax obligations.”
And the Scottish Government said it was also aware of the concerns of the industry.
“We appreciate the concerns which have been expressed by some of the industry’s quality accommodation providers,” said a spokeswoman.
As SLTN went to press Airbnb had not responded to SLTN’s request for a comment.