Operators warned against failing to comply with waste regulations 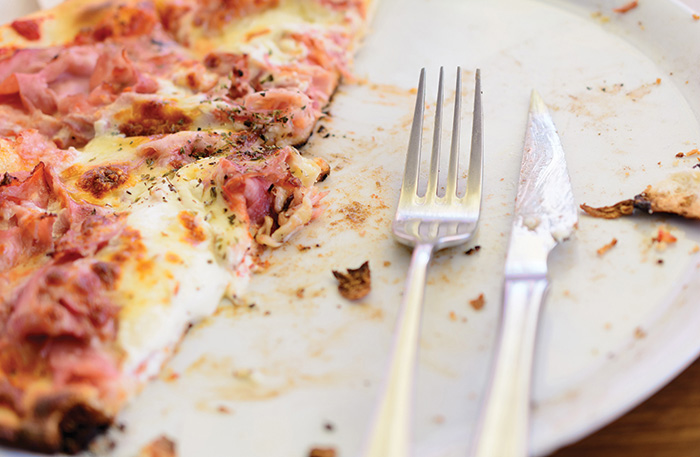 Scottish restaurant, bar and hotel operators could be risking fines of up to £10,000 by failing to comply with food waste regulations that came into force on January 1.
The rules state that any firm producing more than 5kg of food waste each week must separate leftovers and out of date items and have them collected for recycling, instead of including them with general waste.
Previously the food waste threshold was 50kg.
Operators not complying could be hit with on-the-spot fines of £300 from the Scottish Environmental Protection Agency (SEPA), with repeat offenders facing penalties of up to £10,000.
“These are serious fines and they will certainly make employers think twice before letting their staff chuck food waste into the bin,” said Grant Keenan, managing director at Aberdeenshire firm Keenan Recycling.
“The fines won’t be the only drain on a company’s bottom line though, once business owners realise how much food they’re wasting each week then they’ll soon start to look at how much they’re ordering, which is the Scottish Government’s intention.”
Richard Lochhead, cabinet secretary for rural affairs, food and the environment, said he hopes the new regulations will save firms money as well as cutting greenhouse gases being released into the atmosphere.
He said: “It will no longer be acceptable to put food waste in residual waste bins, so now is the time to think about the amount of food waste being produced and how it can be reduced – helping to save businesses money in the long term. Collecting food waste separately avoids food going into landfill where it emits harmful methane emissions.
“I want businesses, as well as the general public, to see food waste as a resource which can bring economic benefit to communities, as well as reducing our environmental impact.”
Adrian Bond, waste unit manager at SEPA, urged operators to ensure they comply with the regulations.
“We appreciate that the changes may present difficulties to some small businesses and would urge them to work with their waste contractors to find suitable solutions,” he said.
“SEPA and local authorities will be enforcing the legislation, but we aim to do so proportionately, targeting those who are making no effort to comply and assisting those who are trying.”