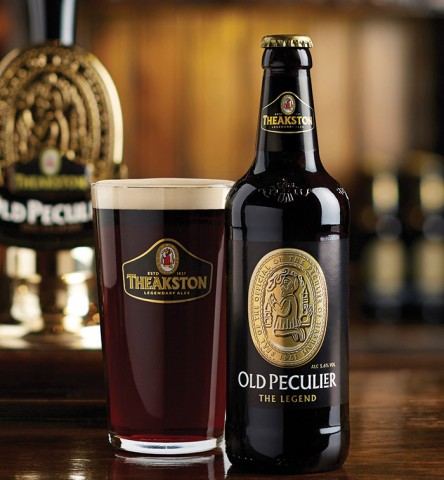 Brewer T&R Theakston has revealed a new bottle design for its Old Peculier real ale.
It marks the first time in over a decade that the Yorkshire-based firm has redesigned the bottle for Old Peculier, which is distributed throughout the UK as well as across Europe, South America, Asia and Australia.
“The redesigned label underpins the status of our most important asset, Old Peculier, as one of the country’s most popular and instantly-recognised premium bottled ales,” said T&R Theakston executive director Simon Theakston.
“The bottle will have further enhanced on-shelf stand out and even stronger premium cues.
“We have drawn inspiration from our existing Old Peculier cask hand pump as featured in cask ale pubs all over the country.”