Things are looking up for the on-trade with alcohol sales on the rise and premium products continuing to shine, wine supplier Bibendum has revealed in its latest research. 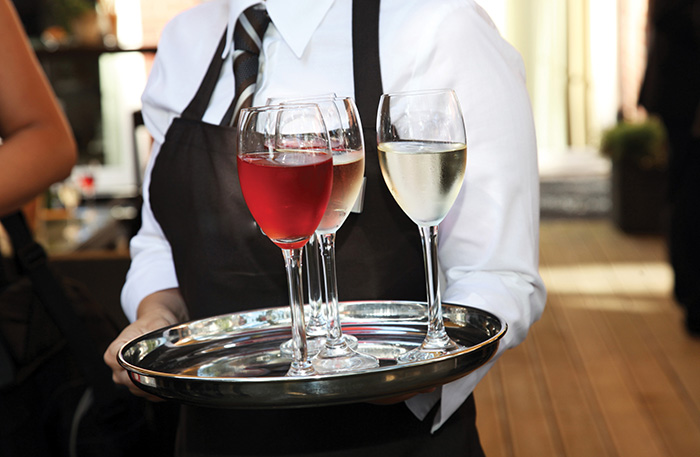 The Bibendum UK Market Report said there have been “welcome signs that drinkers are returning to the on-trade”, and found “alcohol sales have risen 2% in the past 12 months, compared to a decline of -1% in the period prior”.
The supplier attributed the UK on-trade’s improved fortunes to two “key themes” of 2015: an increase in disposable income among consumers, and “ferocious competition” among drinks categories, retailers and operators for those consumer pounds.
Casual dining continues to be the success story of the on-trade, according to the market report, which described food-led visits to the on-trade as “increasingly important”.
This should be good news for wine sales, Bibendum suggested, as the category “remains the drink most associated with food”.
Operators looking to capitalise on casual dining may wish to expand their by-the-glass range, as Bibendum suggested that these will become “increasingly important” should the casual dining trend continue.
Exploring the wine market in more detail, the Bibendum report highlighted key trends across the four major sub-categories of white, rosé, red and sparkling.
The report found that diversity is “driving success” in the white wine category and highlighted New Zealand Sauvignon Blanc in particular as a grape varietal which is “growing quickly” and seen as a “go-to for risk-averse consumers due to consistent flavour profile”.
Rosé wine was said to be having a “difficult time”, which the report attributed to the increasing popularity of flavoured spirits and ciders.
When it comes to red wine, Bibendum highlighted a split between the on and off-trades. While new world reds were found to be popular for retailers, the report found old world reds remain “king of the on-trade”.
The report said the “authenticity” of wines from France and Italy appeals to consumers in the on-trade where “risk-averse consumers turn to the safety of old favourites”.
Drinking habits are shifting in the sparkling wine sub-category, the report found, with this style “becoming more accessible”.
The report said that consumption of sparkling wine “is becoming more frequent among mid-affluent consumers”, with Prosecco continuing to “lead the trend”.