It’s the stuff of nightmares for any new operator: a fire that forces you to close your new business six months after opening.
But that’s the scenario Jonny Dunbar faced in August last year when an electrical fault sparked a fire at the Waterside Bistro in Haddington, East Lothian. 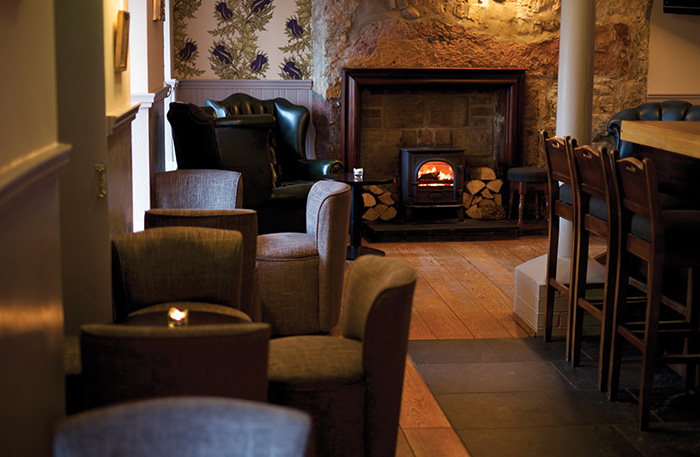 “We were really lucky that I managed to contain it,” said Dunbar.
“I fought the fire and controlled it until the fire service arrived.”
Fortunately no-one was hurt in the blaze, but the business, which employs 13 staff, had to close for seven weeks while electrical cables were replaced and furniture re-upholstered.
It reopened in early October.
“The fire damage was minimal, but the smoke damage was really intense and we had to completely redecorate,” said Dunbar.
“We were shut for about seven weeks and it was a really scary time, but we still managed to continue paying staff wages.”
Chef-director Dunbar and manager-director Louise Williams, formerly of the Tower Restaurant and The Witchery at the Castle in Edinburgh, have 47 years’ experience in the trade between them.
And Dunbar said taking over the lease of the Waterside Bistro in March, after running the premises for a year, was a particularly easy decision.
“It’s the kind of place that gets inside you and you fall in love with and we were given a free kick of the ball to take it over,” he said.

“We didn’t have to think about the offer to lease it and formed a new company, Cygnet Restaurants, and took ownership of the business.”
Dunbar, who began his career at Greywalls Hotel in Muirfield, before spending six years as head chef at Ducks restaurant at Kilspindie House in Aberlady, said the latest chapter in his career has evolved “organically”, with property owner Gavin Ferguson – who also owns The Hanging Bat and Spit/Fire in Edinburgh – supplying the majority of beer, wines and spirits for the Waterside through another of his companies, Edinburgh-based Vino. Other suppliers Dunbar uses for the Waterside include Stewart Brewing, Fallen Brewing Company, Inveralmond Brewery, Knops Beer Company and Thistly Cross Cider.
The Waterside comprises a ground floor bar, ‘the Bistro’ as it’s known locally, as well as three eating areas over the ground and first floors where customers can dine on dishes such as seafood chowder, Borders sirloin steak, and Lakeland Lager-battered coley fillet.
The Gallery, which overlooks the River Tyne, is the main ground floor dining room, while, next door, a smaller, cosier area, The Bothy, can be used for private functions.
Upstairs a larger restaurant, called The Grumpy Cow, provides a further rustic eating space overlooking the water and outside terrace.
The venue certainly seems to be keeping its operators busy.
“This used to be a destination restaurant for people from Edinburgh and we are trying to encourage that again,” said Dunbar.
“But we also have really good local trade and one of the things you realise when you take over a place is that people expect to see you here all the time.”