Tennent Caledonian Breweries has been celebrating its heritage through ‘throw-back’ 1980s packaging for its flagship lager brand. 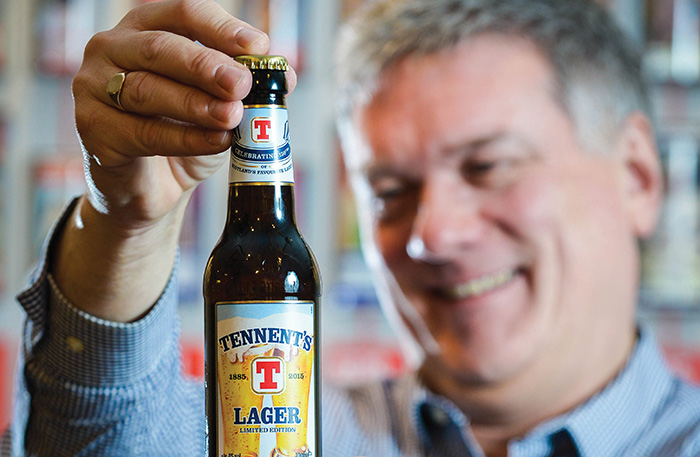 The brewery has marked its 130th anniversary with the release of Tennent’s Lager in limited edition packaging featuring 1980s branding.
Tennent Caledonian is also giving away six-packs of the retro release to any customers who can share pictures of any Tennent’s Lager memorabilia from the ‘80s – either in person at the Wellpark Brewery or through social media channels.
Paul Condron, marketing director at Tennent Caledonian, said the anniversary “felt like a good time to celebrate our brewing history with the launch of an iconic retro pack that gives a nod to one of our best loved packs of the 1980s”.
“We’re sure there’s plenty of ‘80s Tennent’s memorabilia out there and we look forward to seeing it,” said Condron.
“Punters can pop into the brewery and show us in person or simply tweet us a picture and we’ll send them a free retro six-pack.”