Alex Grahame of Hornblower’s seafood restaurant and takeaway in Gourdon can rightly blow his own trumpet when it comes to his Cullen Skink, which has been named the best in the world. 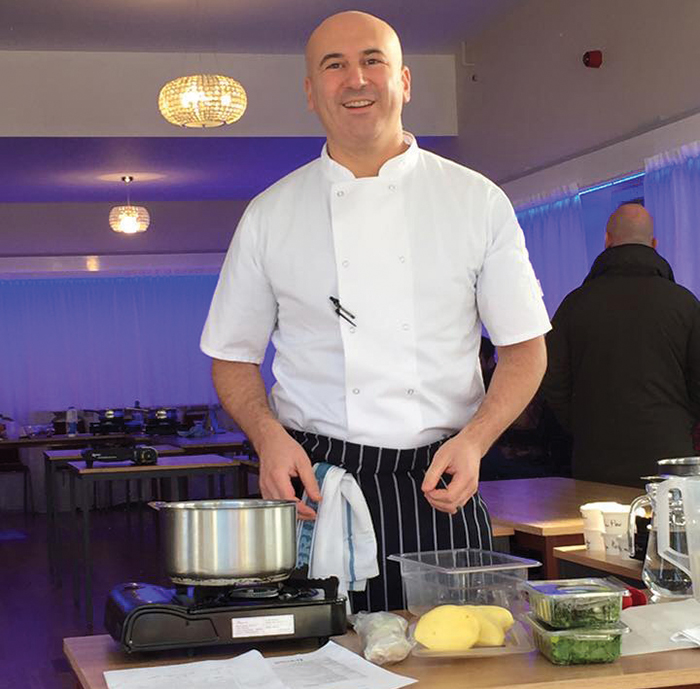 Grahame, co-owner and chef at the Aberdeenshire restaurant, fended off competition to take first prize at the Cullen Skink World Championships held at the Cullen Bay Hotel last month.
Grahame’s dish is said to have impressed judges in part due to the chef’s own unique take on the traditional Scottish fish soup – which includes the addition of a dash of Noilly Prat vermouth.
The French vermouth brand is said to have found its way into Grahame’s Cullen Skink recipe both as a result of the chef’s French cooking training and as a tribute to the Noilly Prat area of France, where the chef met his Aberdonian wife, Ruth. The pair opened Hornblower’s together in 2010.
Grahame said that it was a “fantastic feeling” to have his take on Cullen Skink recognised.
“The competition itself was an intense, full-on hour as there is so much to do in such a tight time frame,” said Grahame.
“Cullen Skink is an important dish here in Scotland and it is loved by many throughout the world so there is always pressure when cooking it.”
Now in its second year, the Cullen Skink World Championship is organised by the Cullen Bay Hotel and the Cullen Voluntary Tourist Initiative.