For over a hundred years, until the Licensing (Scotland) Act 2005 came into force, private members’ clubs were not ‘licensed’.
Instead, they occupied a special position outwith the mainstream licensing system with the ability to supply alcohol resting on a certificate of registration granted by the sheriff (In fact, alcohol wasn’t “sold”: rather, the alcohol stock was treated as the property of the club’s members and it was supplied on the payment of cash into the club’s funds).
Now, under the new arrangements, clubs can operate in one of two ways – but both require to be the subject of a premises licence issued by the licensing board. A club might opt to operate as a ‘qualifying club’: that is, a club that is governed by a constitution and rules meeting certain requirements. These clubs enjoy certain privileges: for example, there’s no need to have a premises manager (but all staff selling alcohol must nevertheless undergo the prescribed two-hour training), the overprovision ground for refusal is disapplied and the annual licence fee is just £180.
Other clubs choose to trade on a wholly commercial basis without these advantages. But, no matter the type of club, it must sell alcohol and conduct its activities in accordance with the premises licence like any other outlet.
Over the past few months I’ve received a large number of questions from club members and those involved on the management side. All very welcome, of course, but just too many to accommodate within the Q&A section.
So, this month I’ve decided to look at two questions demonstrating a common theme: a lack of awareness about the central role of the premises licence operating and layout plans and, in particular, the way in which the 2005 Act approaches access by children and young persons.
For example, one golf club member tells me that the management committee prohibits youngsters from purchasing soft drinks at the bar. Apparently, junior members require to go to a side door, knock and ask to be served. They can sit in the main lounge but only in a designated area. The member doubts whether these arrangements are necessary. Another reader is concerned that his club might be in breach of the law because, following a layout change, a dining area to which under 18s have access is now “in full view of the bar and tables are as close as five yards from the serving bar”.
I suspect that there has been a failure to catch up with the 2005 Act’s approach to children’s and young persons’ access. Under the Licensing (Scotland) Act 1976, children under 14 were banned from bars in pubs and hotels unless a ‘children’s certificate’ had been issued by the licensing board.
But those certificates were not available to members’ clubs. Now, the premises licence operating plan sets out the terms upon which persons under 18 may be admitted (as well as the age range), the times of admission and the parts of the premises to which access is allowed. 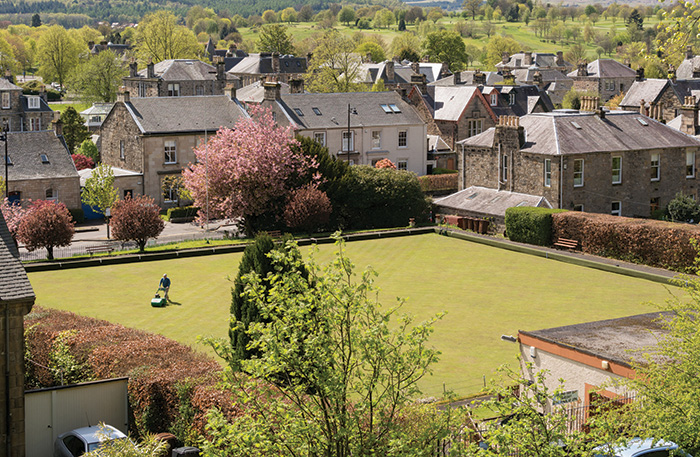 An understanding of what’s allowed is only possible by looking at what the licensing board has approved.
So, looking at the first question, the operating plan restrictions will be reflected in the layout plan, which will highlight the exact area to which children and young persons are allowed entry.
It’s entirely possible that entry is restricted to part of the main lounge.
In the case of the club whose layout has been altered, I think it unlikely that a licensing board would have any difficulty in allowing children and young persons access to a dining area where they were having a meal under proper adult supervision, even if there is a bar servery. But, again, it all depends on what’s set out in the operating plan and the extent of the access area shown on the layout drawing – and of course alterations would have required licensing board approval by means of a variation application.
The premises licence (including the layout plan) or a certified copy must be kept at the premises. Club members who are perplexed by management’s approach to licensing issues should ask for sight of the licence: that’s the ideal way to resolve any uncertainties.