Heineken reached for the skies recently with a stunt to raise awareness for its Foster’s Helluva Tour TV series.
The stunt saw a camper van floated 2000 feet over a stretch of waterway, in order to raise the profile of the show, which follows four strangers on a 17,000 mile journey from London to Australia. 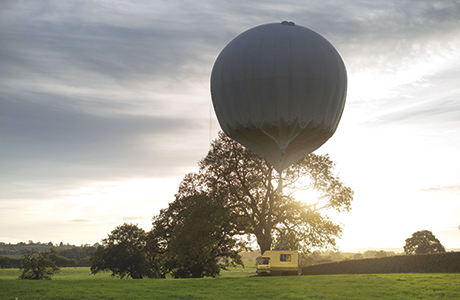 The series, comprised of ten five-minute long episodes, will air on digital service All 4 and follows the group to Australia. Crammed into a Bedford Rascal camper van, their journey will be captured on camera.
Ifeoma Dozie, from Foster’s, said: “We’re really excited about the Foster’s Helluva Tour, a unique adventure not just for those in the camper van but also for those tracking their progress on television and at home. This is an epic, once-in-a-lifetime journey – and our awesome foursome, with their ‘why the hell not’ attitude, will have experiences to remember forever.”