Business on the banks of Loch Tay has private jetty 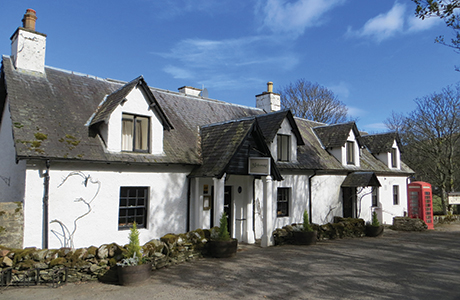 A Hotel on the banks of Loch Tay with its own private marina has come onto the market.
The Ardeonaig Hotel, parts of which are said to date from the 16th century, comprises 25 en suite letting bedrooms, including two cottage suites and five thatched sheilings.
The business also has two restaurants, a lounge, a bar, which can accommodate 20 covers, and a wine cellar which can be utilised as a function space.
Located on the southern shore of the loch, the hotel is eight miles from the village of Killin, which is said to be “a popular tourist centre” offering access to Perthshire to the east and Oban and Fort William to the west.
The business is close to the Croft-na-Caber Water Sports Centre, and is said to attract a broad clientele, including hill walkers, golfers and anglers.
The property is being sold with ten acres of land and a jetty and marina on the loch, which gives access by both boat and sea plane.
Euan MacCrimmon of selling agent Strutt & Parker, which is marketing the property with a guide price of £1 million for the freehold, described the hotel as a “fantastic destination business set in some of the most stunning scenery in the UK”.
“The Ardeonaig Hotel has a great reputation and fantastic location,” he said. “It has been a popular place to stay for tourists as well as Scots looking for a romantic weekend break.”