An award-winning pub and takeaway business in Ullapool has changed hands after 20 years under the same ownership. 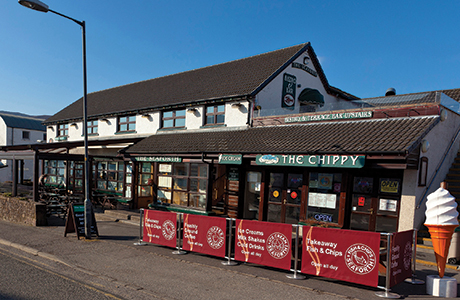 The Seaforth Inn, which has picked up a range of accolades over the years including being named BBC Best Takeaway as well as being commended at the SLTN Awards for its music offer in both 1999 and 2002, had been owned by Harry and Brigitte MacRae and Campbell and Annette McKay for two decades.
Experienced operators John Erasmus and Richard Drummond, who own a number of hospitality businesses throughout Scotland, will now take the helm at the Seaforth, which overlooks the harbour, having purchased the freehold for an undisclosed sum from an asking price of £1.5 million.
Ken Sims, director of Christie & Co’s Edinburgh office, which handled the sale, said the firm is “delighted to have successfully sold the Seaforth Inn”.
“There were a number of operators interested in this asset and we received multiple offers, highlighting the demand for quality, well-managed businesses throughout Scotland,” he said.
“Meeting with John and Richard gave us the confidence they were the right purchaser to proceed with the sale and we wish them all the best with their new venture.”