Producer relaunches cinnamon and spice blend ahead of winter season

The firm behind traditional cider brand Henry Westons has relaunched its mulled cider in time for winter.
Available until January, Henry Westons Mulled Cider is described as a “classic, rich English cider blended with cinnamon and mulled spices”. 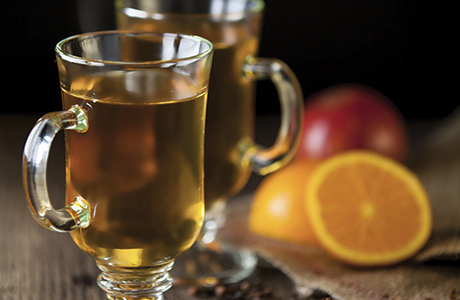 The 4% ABV cider is available in a 20l bag-in-box format for the on-trade and is ready-to-drink, only requiring to be warmed before serving; the cider is also available in the off-trade in a 2.25l bag-in-box.
Tim Williams, brand manager for Henry Westons, said the decision was taken to relaunch the mulled cider this winter after it “truly captured the imagination of consumers” in previous years.
“Westons Cider first launched Mulled Cider in the on-trade in 2012, and each year the product is more and more successful,” he said.
“We know that sales this year will be strong, with the pre-season forecasts already ahead of last year’s sales.
“The mulled cider category has seen huge growth over the last couple of years and, according to on-trade specialist CGA Strategy, mulled cider sales in some outlets equalled those of the more established mulled wine, with rate-of-sale peaking at 45 serves per outlet per week during cold periods.
“According to Mintel data, 56% of consumers will drink cider at least once a month throughout the winter, which shows that licensees and retailers need to ensure they have a strong range of seasonal ciders such as mulled cider, to respond to that increasing consumer demand.”
Westons is now run by the fifth generation of the Weston family, and produces a range of ciders, including Stowford Press, Wyld Wood Organic Cider, Old Rosie and Mortimer’s Orchard; it launched Caple Rd craft cider in a can earlier this year.
Westons UK on-trade listings include Mitchells & Butlers, Spirit Group, Punch, Greene King, Marstons and wholesaler Matthew Clark.