Jobs and investment in Scotland’s hospitality industry will be under threat unless businesses are offered some form of mitigation against increased wage bills when the National Living Wage (NLW) comes into force next April.
Trade groups say businesses “simply can’t afford” to pay the £7.20 an hour NLW rate unless there are measures to offset the increase in payroll costs. 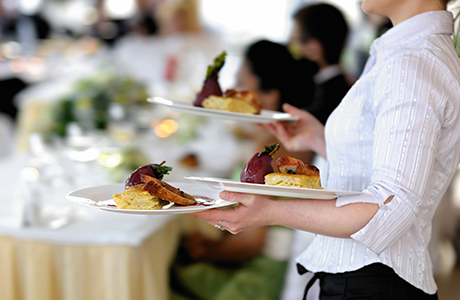 The heads of the British Hospitality Association (BHA) Scotland, Scottish Licensed Trade Association (SLTA) and Scottish Tourism Alliance (STA) met with Scottish Government representatives earlier this month to call for some form of mitigation against the NLW, which was unveiled in the July Budget. From April 2016, the new NLW of £7.20 an hour for workers aged 25 and over will be introduced, which the UK government said will rise to over £9 an hour by 2020. The National Minimum Wage (NMW), which increased by 20p to £6.70 an hour for those aged 21 and over on October 1, will still apply for workers aged 24 and under.
But hospitality industry trade bodies say businesses need some form of mitigation, such as a cut in VAT, business rates or some other tax break, to help meet increased wage bills.
Willie Macleod, executive director of the BHA in Scotland, fears many employers will cut staff numbers.
“There is no resistance to paying staff more; it’s a question of affordability,” he said.
“The National Living Wage could add 7% compound to payment of staff aged over 25 before you address differentials.
“In order to maintain profitability people will need to look at putting up prices – I think by double digits – at a time when customers are still price sensitive. I think it will impact on jobs, profits and the ability to invest. In some cases there could be a breach of bank covenants if profitability drops.”
SLTA chief executive Paul Waterson said: “We’re in favour of paying our hardworking staff more if we can but we need government to give us something to mitigate it.
“The reality is if there’s nothing to offset it many would need to make redundancies or turn to zero hours contracts which we don’t want.
“There needs to be some sort of mitigation, whether that’s business rates, VAT or something else. We’re urging the government to look at these factors because the industry simply can’t afford it the way the business is and our costs are structured.”