The team behind Edinburgh restaurant Field has opened a second venue in the city with the launch of Field Grill House in Stockbridge. 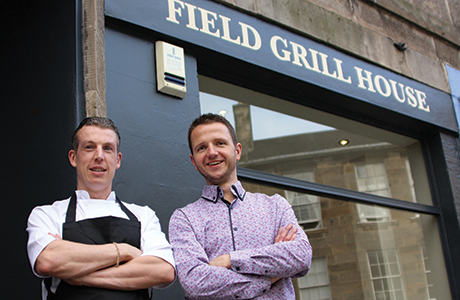 The new 40-cover restaurant opened in the former Stockbridge Buffalo Grill earlier this month.
Field Grill House will follow in the footsteps of its sister restaurant, offering a menu of locally-sourced steak, organic meat and fish.
Field first opened its doors in 2013 – the restaurant was founded by head chef Gordon Craig and Richard Conway, who runs the restaurants with wife Rachel.
Conway said the business had “reached the stage where we were having to turn customers away” ahead of the expansion.
“When we launched our first restaurant we didn’t want it to be a one-off and have spent a lot of time searching for the best premises for another one,” said Conway. “We’re excited about opening the Grill House in such a prime location.”