The Isle of Mull has been gaining global exposure through a Land Rover advertising campaign for the Rugby World Cup. 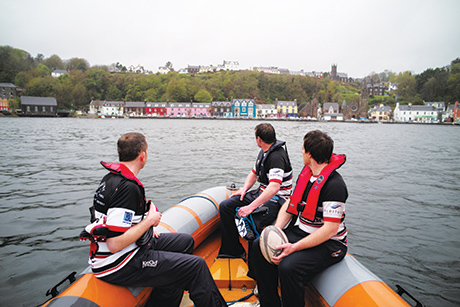 The car manufacturer’s global advertising and sponsorship campaign features images of the island’s scenery as well as the Isle of Mull Rugby Club, exposing the island to hundreds of thousands of spectators attending the Rugby World Cup as well as a global audience of millions watching coverage of the tournament, which runs until October 31.
VisitScotland chief executive Malcolm Roughead said he hopes the campaign “inspires many more visitors to come to Argyll and the Isles and explore the many delights of Mull”.
“It is wonderful that images of one of Scotland’s most spectacular locations will be broadcast to the huge international audiences tuning in to one of the biggest events not only in rugby, but also in the worldwide sporting calendar,” he said.