Fresh calls for action to tackle the availability of cheap alcohol in supermarkets have been issued following the publication of a new report on alcohol consumption in Tayside. 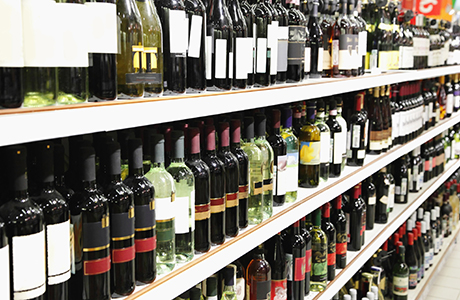 The Tayside Social Attitudes to Alcohol survey canvassed 2000 people on their drinking habits. Of the 89% of respondents who said they drank alcohol, 47% said they were likely to drink with friends and family at home before going out.
Speaking to SLTN, Jimmy Marr, owner of Dundee-based Park Leisure, said licensing boards and police should be stricter on supermarkets applying for premises licences, and conduct more test purchasing activity in premises already open.
“It’s something we’ve known for some time, that the decline of pubs is due to the sale of cheap drink in the supermarkets and off-licences, and they don’t seem to get the same attention as we’re getting in the pubs at the moment,” said Marr.
“People can walk into an off-licence and buy as much as they want, and they (the retailers) can sell it for as little as they want.
“That’s where the binge drinking is coming from. We (pubs) end up getting the backlash.
“People are coming later and later to the pubs because they are drinking in the house, and there’s nobody to stop them from doing that.”
Scott Clark, owner of Clarks on Lindsay Street in Dundee, said the ‘pre-loading’ practice of consuming alcohol before going out is “embedded in the culture now”, particularly with younger customers.
“I think people of a certain age, maybe under 30, are more inclined to spend less time in the pub, maybe drink at home and then go to a late-night venue,” said Clark.
“Whereas people of an older ilk were brought up on the culture of going to the pub for the night. It’s less evident among the older crowd. It’s still there, but less so.”
Drew Walker, director of public health at NHS Tayside, one of the organisations behind the survey, said pre-loading has become “a very significant public health issue in Tayside”.
“We need to see a reduction in the amount of alcohol people consume in order to tackle the damage that alcohol does to health and wellbeing in Tayside and across Scotland,” said Walker.
“It is important that we continue to educate people and raise awareness of the risks associated with excessive alcohol consumption. There is evidence that minimum pricing would be likely to reduce the amount of alcohol consumed in the home, whether or not people are going out later.”
Walker added that NHS Tayside supports Dundee licensing board’s overprovision policy, which states there is an overprovision of licensed premises across the board’s area, with the exception of the Dundee waterfront.