What’s claimed to be the first commercial distillery on the Isle of Harris opened its doors last Thursday (September 24).
Known as the ‘Social Distillery’, the Isle of Harris Distillery in Tarbert was officially unveiled at a special ceremony which involved three generations of islanders. 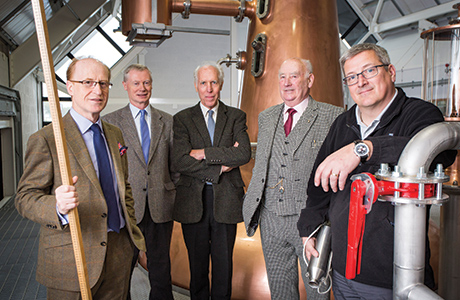 Once matured, 300,000 bottles of single malt The Hearach, the Gaelic word for an inhabitant of Harris, will be produced each year.
Isle of Harris Distillers will also produce a gin which is made using Sugar Kelp from the island’s shores.
Chairman and founder Anderson Bakewell said: “I had often wondered if it would be possible to put the essence of Harris in a bottle, so a distillery was the natural answer.
“It is on this special island that conditions prevail for the production and maturation of a unique and exceedingly fine malt whisky.”