Stock Spirits Group, the firm behind vodka-based liqueur brand Keglevich, has embarked on a new distribution strategy with the goal of trebling its UK business over the next two years. 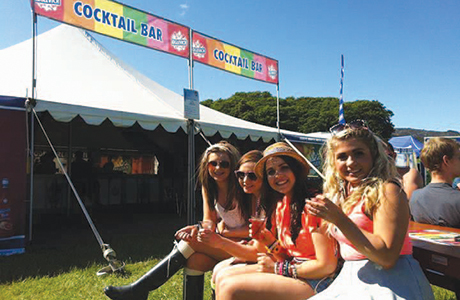 Stock Spirits Group’s plans include the expansion of its distribution through the roll out of Polish vodka brand Zoladkowa de Luxe, Stock XO Brandy, Italian limoncello brand Limoncè, and Keglevich to the on-trade, off-trade and wholesalers.
The firm’s drinks brands were previously distributed in the UK by commercial agent Pinnacle Drinks, however this function has been brought in-house.
Stock Spirits’ brands were first introduced to the UK by Pinnacle Drinks in 2011, with Keglevich launched in the on-trade last year.
Under Pinnacle Drinks, UK sales of Limoncè limoncello are said to have grown by 133% year-on-year for the first six months of 2015 while sales of Stock XO Brandy, which was available in the retail sector, grew by 65% during the same period.
Steve Howard, one of the founders of Pinnacle Drinks, will continue to oversee and develop Stock Spirits’ brands as the firm’s commercial director for the UK and Ireland.
Michael Kennedy, Stock Spirits Group MD for Italy and international, said: “Following the successful roll-out of our heritage brands across the UK, we have decided to take on direct management for the region and we are pleased to welcome Steve Howard, formerly of Pinnacle Drinks, as our new commercial director for the UK and Ireland.
“Furthermore, during the course of the next three years, we will be investing in both the structure of the business and our campaigns behind the Keglevich and Limoncè brands further enhancing our UK footprint and helping us to treble our UK business.”

The well prepared should feel the love

Know your way around speciality