A RAFT of Rugby World Cup activity is being rolled out in the on-trade by Coca Cola Enterprises (CCE) in a bid to help licensees drive soft drinks sales during the tournament, which kicks off tomorrow (September 18). 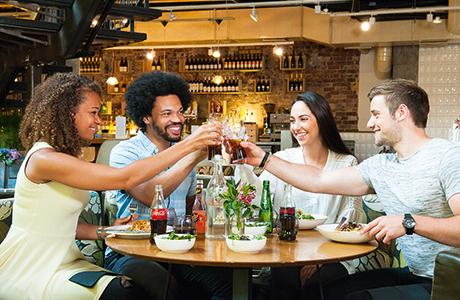 As part of Coca-Cola’s official sponsorship of the Rugby World Cup 2015, CCE is offering licensees a range of activation kits designed to drive footfall and visibility. The point of sale kits include posters, back-bar displays, tent cards and beer mats; larger kits will give consumers the chance to win rugby-related prizes through a scratch card given out with every 330ml glass Coca-Cola, Diet Coke, Coca-Cola Zero and Coca-Cola Life bottle.
Coca-Cola’s new “one brand strategy” will be highlighted throughout the activity, with Coca-Cola Zero leading the campaign; CCE said the Rugby World Cup will be the first time it has led a sport sponsorship with a ‘no-sugar’ option.
Caroline Cater, operational marketing director at CCE, said: “Coca-Cola has been a part of Rugby World Cup for the last 20 years and with the 2015 event taking place on home soil there is a fantastic opportunity for licensees to make the most of Coca-Cola’s association to help drive incremental soft drink sales in their outlets.
“The iconic Coca-Cola glass bottle is the ideal pack for consumers to enjoy during the tournament and because of its premium credentials and we’d encourage pubs and bars to ensure their fridges are well-stocked ahead of all matches.”