BRITVIC Soft Drinks has added a new flavour to its J2O range, available exclusively to the on-trade.
The limited edition J2O Midnight Amber, which was launched earlier this month, is described as a blend of orange, lemon and mandarin fruit juices with a ‘winter spice’ flavour. 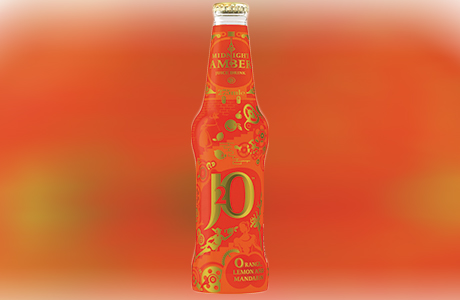 Britvic is supporting the launch with digital and social media activity specifically for Midnight Amber, as well as TV ads for the wider J2O brand. The social media activity includes an initiative in conjunction with mobile phone app Blippar, where consumers can ‘blip’ the limited edition bottles in order to reveal an image of a clock; by tapping the clock they have the chance to win £500 in Amazon vouchers.

“Benefitting from a perfectly balanced combination of flavours, it can be consumed on its own, combined with other juices as a mocktail or with alcohol to create some wondrous winter cocktails,” said Kevin McNair, GB marketing director at Britvic.
“Thanks to its exceptional versatility and supporting activity, we’re positive that the new J2O Midnight Amber will continue to deliver for publicans in 2015 by enticing new consumers to try this year’s fantasy-themed juice drink.”