It’s now three years since the Scottish Government’s flagship minimum pricing legislation was passed by the Parliament – and promptly ended up in a legal limbo following the legal challenge spearheaded by the Scotch Whisky Association.
It’s a subject which generates deeply divided opinions, often expressed in caustic terms.
On one side of the argument, the Scottish Government says it’s determined to save hundreds of lives in the coming years by blocking the sale of alcohol at “pocket money prices”.
On the other, opposition politicians and drinks producers claim that a floor price would penalise moderate drinkers but fail to target alcohol abusers.
Professor Ian Gilmore, a leading public health expert, claims that the “disgraceful” opposition from alcohol producers has “cost lives”, while Tim Worstall, a Fellow at the Adam Smith Institute, says that minimum pricing is “obviously illegal” and “mind garglingly stupid”.
And when minimum pricing legislation took a knock two weeks ago with the issue of an opinion by Yves Gots, advocate general at the European Court of Justice [ECJ], Paul Chase, director at CPL Training, told an English trade paper: “No matter how many false statistics [the Scottish Government] tried to crowbar into the junk-science mathematical models used to justify the measure, the advocate general has seen through this false prospectus and rejected government price-fixing of beverage alcohol.” Yet, for Eric Carlin, director of Scottish Action on Alcohol Problems, Gots’ opinion meant it was “a good day for public health” because the advocate general had “issued a ruling that the Scottish legislation does not contravene European law” (National newspaper, September 4).
These statements are clearly irreconcilable – but who’s correct? Well, the legislation isn’t dead in the water – according to Gots, minimum pricing is not of itself illegal under EU law – but there’s an uphill struggle ahead. Assuming that the ECJ endorses the advocate general’s opinion – and that’s likely – the case will be sent back to the Court of Session in around six months’ time.
The Scottish Government will then be required to demonstrate that the objective of protecting public health could not be attained in a “less restrictive and equally effective manner” through fiscal measures.
There’s the rub. 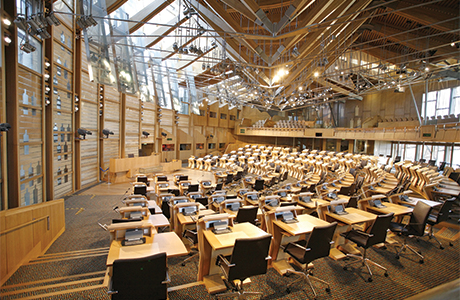 The Holyrood parliament has no ability to raise excise duty,  and it’s impossible to conceive that Westminster will shift position and agree to devolve that power, which would open up the prospect of bootlegged imports from south of the border and “booze cruises” to the north of England.
The test set out by Gots places a very heavy burden on the Scottish Government. On the basis of academic research  (whose reliability has been vigorously challenged) it will require to demonstrate that, unlike increased taxation, minimum pricing can effectively target those products seen as major contributors to harmful drinking – high-strength, low cost ‘chemical ciders’ and bargain-basement vodka.
One European law academic articulates the ‘targeting’ argument very clearly: “Increases in general excise duties have been the preferred measure in many of the tobacco cases referred to in [Gots’ opinion], but the problems of tobacco and alcohol consumption are very different and suit different solutions. All tobacco consumption is bad, and all consumption is essentially the same. That is not true of alcohol, even in Scotland. Consumption in bars and restaurants poses very different problems when compared to alcohol purchased for consumption at the home or on the streets. Patterns of consumption of different types of product are also very different. I am far more convinced that the targeting of the measure serves a useful purpose.”
I’m sure that analysis will strike a cord with many readers. But despite the bullish interpretation of the advocate general’s views by Eric Carlin and others, there seems to be a consensus among competition law experts that Gots’ opinion sets a very high bar and, if adopted by the ECJ, minimum pricing has probably reached the end of the road.