Supporters and opponents of minimum pricing have each claimed ‘victory’ from the opinion released by the advocate general of the European Court of Justice (ECJ).
Organisations and trade groups backing minimum unit price (MUP) legislation, which was passed in May 2012 but has had its implementation delayed due to a legal challenge led by the Scotch Whisky Association, say they remain “optimistic” the measure will come into force following the advocate general’s opinion, delivered earlier this month.
But opponents of the legislation, which proposes setting a minimum price of 50p a unit, said the opinion “encourages” them in their view that MUP is “illegal when there are less-restrictive measures available”. 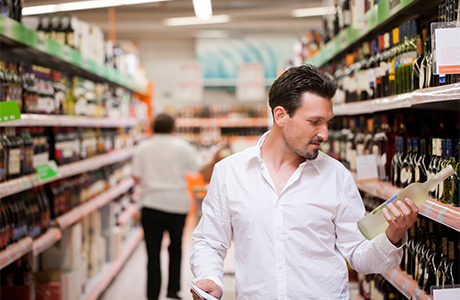 The advocate general’s opinion, which comes ahead of a full ECJ judgement later this year after which the case will be sent back to the Court of Session, states that, in order to tackle alcohol misuse, a member state “can choose rules imposing a minimum retail price of alcoholic beverages, which restricts trade within the European Union and distorts competition, rather than increased taxation of those products, only on condition that it shows that the measure chosen presents additional advantages or fewer disadvantages by comparison with the alternative measure”.
“The fact that the alternative measure entailing increased taxation is capable of procuring additional advantages by contributing to the general objective of combating alcohol abuse does not justify discarding that measure in favour of the MUP measure,” said the opinion.

“The opinion encourages us in our long-held view that MUP is illegal when there are less trade-restrictive measures available,” said SWA chief executive David Frost.
Michael Dean, partner and head of EU, competition and regulatory practice at Maclay Murray & Spens, said: “Should the advocate general’s opinion be followed by the eventual European court judgment, the strong steer that will be given to the Scottish court should be that it, the Scottish court, will have to be convinced by evidence that, despite the laudable aim of the measure in question, there is not some other method of attaining that legitimate objective which is more proportionate and is less restrictive of trade.”
• Jack Cummins comment p6.